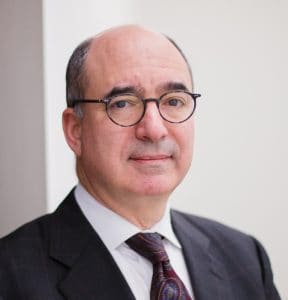 Hayley McDowell: What will be the impact of MiFID II market structure rules?

Larry Tabb: MiFID II will have a dramatic impact on business. It’s going to focus the buy- and sell-side on best execution. That focus will increase the quality of research in the sector, thin out a lot of the weak players and create some interesting dynamics in market structure. I believe the industry will shift back to trading how they used to; in size and blocks, and using capital. While algorithmic, high-speed trading infrastructure that is pretty common throughout Europe, will still be critical, blocks and capital will increase in importance. This will have a dramatic impact on which players will still be around in the next five or ten years, and what do those weaker players do? Do they reinvest, restructure their businesses or fold up their cards and go home? I think in those terms it’s going to have a pretty extensive impact, and that’s not just in Europe but around the globe.

If you look at the research process and the splitting out of payments away from using client commissions, that clarifies the buy-side’s role and reduces the conflict they have between focusing on best execution or paying the brokers they need to pay. That’s generally good, but the challenge with that is it clearly incentivises the larger players. The guys who can pay for everything will end up doing pretty well, while those who can’t will wind up with a reduced amount of research. The other issue is around how many opinions or assessments of a single company firms are going to want to buy – given that you can’t provide research for free. How many different research reports on Vodafone or BMW, for example, do you really need? That will push firms towards the top providers or force analysts in-house, so the number of research providers will decline and those who are well-known and in demand will wind up doing much better. I think those numbers will also decline pretty quickly because once you become the tenth or fifteenth analyst covering BMW, who’s going to want to pay for a fifteenth opinion?

The industry will also end up with more homogenise algorithmic execution offerings under MiFID II because there are more efficient time synchronisation rules between computer servers. There will be a clearer focus on measurement and those rules will ensure that measurement is more accurate, so over time you’ll see that firms can better measure algo performance. If I have five sets of algos on my desk, three are good and two are not so good, those two will need to get improve or I will simply throw them off my desk and use another provider. So, the level of performance should become more consistent at each firm, but the buy-side needs to show they are better than their counterparts. They don’t necessarily want homogenised execution, they want differentiated execution and that will end up forcing firms towards blocks and capital. While blocks have always been important they are hard to find. Over the next, say three to five years, I think capital will become a much more important part of the business – capital and blocks. Initially, firms will move towards blocks and we’ve already seen that with the double volume caps and the shift towards periodic auctions and block trading platforms, but in many cases you can’t find the liquidity you are looking for there. The issues with systematic internalisers (SIs) and non-differentiated execution will be around capital. With the SIs being the more immediate point of sale there will be more competition from algo providers like Citadel and Sun Trading, and the banks will move more towards larger capital and larger size. To a certain extent that’s what the buy-side wants, they want to get their trades done expeditiously and off their desk. So these are good spots for the brokers and the more electronic market makers, and all of that will depend on how they manage risk. These changes are starting now, but I think it will take between six months to a year for the whole SI infrastructure to be worked out and maybe even longer for the central risk aspect.

HM: Under what circumstances would you say the industry will see the implementation of MiFID III?

LT: I think it’s likely we’ll see a push towards a MiFID III with the SI regime. One of the major aspects of clamping down on dark pools was to get more flow into the lit marketplace, and towards exchanges for an improvement around price discovery. The SI regime does the opposite of this. What will happen is algorithmic routers in agency businesses will be connected not just to exchanges but to SIs, and I think there won’t be just one quote from an SI but multiple quotes depending on the type of algorithm that the broker is using. We could therefore see a significant amount of flow migrate away from exchanges into this SI channel and if that gets too robust and the quality of the market and price discovery declines, the European Securities Markets Authority (ESMA) will move in to redefine or limit the overall role of an SI.

Another scenario to look at depends on what happens with research and research could go one of two ways. One is that only the bigger firms with larger cash pools end up surviving in the business, and the second is the competition in research becomes so acute that it drives the cost of research to nothing, leading to a bundled environment again. Either way, it may not necessarily be the best thing for mid- and small-tier asset managers and then we will see a lot of consolidation occur. In effect all assets wind up at BlackRock or Pimco for example, and I’m not sure the regulators would particularly care for that. But I think it’s most likely the SI regime will get a second look, but it’s too early to tell. The odds are perhaps a little bit greater than 50% that we will see a MiFID III, but it really depends on what happens with the SI flow, the price of research and whether the industry consolidates too much.

HM: What do you think the buy-side will look like in the future?

LT: In the future the asset management world consolidates, and I’m not sure that will be a MiFID II thing, there are greater drivers for that. The active to passive shift is a major issue and the inability for long-only managers to hit their benchmarks even though we’ve had a good quarter, although I’m not certain if that’s an outlier or a trend. There’s definitely a business model around alpha and being willing to pay for alpha, and there’s also a good model around ETFs. The question is what is the value proposition for long-only managers and how do they get there? Factors like MiFID II and wide spreads enable them to claim victory because the market has deteriorated but they are able to trade better. Will the bigger players succeed because they can buy more research and hire more analysts? Or will the cost structure of traditional funds continue to decline? Asset managers will have to start adopting a lot of technology and infrastructure, like machine learning and alternative data sets, to reduce the costs of money management. I would say a combination of all of the above, but the buy-side is going to go through some of the pain the sell-side went through over the past decade.

HM: What’s your view on the rise of cryptocurrencies?

LT: I’m kind of in the bubble camp, but I think there is a real opportunity to be a market maker or to be a market infrastructure player in cryptocurrencies. Firstly we have to separate initial coin offerings (ICOs) from cryptocurrencies like Bitcoin. The crypto side worries me mostly because there is nobody standing behind the curtains, and to a certain extent the crypto players say that’s a good thing – it’s purely supply and demand. My feeling is that there will be some sort of shock and that could be one of boredom or a macro-economic influence, which could be good or bad for the market, but the crux of it is how do I value this thing? In other currencies like the US dollar, there is a tremendous incentive to keep those currencies somewhat stable because people are paid in those currencies. But that incentive doesn’t exist for cryptocurrencies yet, maybe it will eventually, but until volatility declines and people want to be paid in cryptocurrency that won’t change.

The Winklevoss brothers spoke at FIA Boca recently and they said cryptocurrencies are a store of value like gold and if gold is worth X then Bitcoin should be worth XYZ. I’m not so sure it works that way. There’s intrinsic supply and demand in mining capability for gold, when the price goes up more miners come on board and the price goes down, but with Bitcoin you can only mine so much, so the value continues to get less and less. It’s hard to determine what is the intrinsic value of this asset – but that’s just my view on it.

Some of the ICOs, however, are quite interesting. As an ICO is a payment or network token, it allows you to store through the network for a price, which can be compared to price of storage at AWS or something similar. It’s a bit like buying your coffee using a Starbucks card, because in effect the intrinsic conversion is something which you pay hard currency for so it has a value and it’s roughly stable. If the price declines it makes it cheaper and more worthwhile to use the service more. That I kind of understand, but certainly the regulators need to define what these things are and how they will be looked at from a regulatory perspective. There needs to be some kind of underlying value to these currencies. I’m not sure that I trust the crowd to keep the value of Bitcoin stable enough to ensure longevity.

HM: How do you think asset managers will find the right talent as the business evolves?

LT: I think it’s going be harder in the future. If you look at the business it’s becoming increasingly more automated and that takes us back to the idea that the buy-side needs to rethink how they manage money to bring down the cost structure and make that more effective. Clearly technology will become an increasingly important aspect of that and they will have to bid for the machine learning, artificial intelligence and big data professionals, the same as Google, but there aren’t a lot of them. The pressure comes when you have somebody who has been managing money in the traditional fundamental way for 20 or 30 years, suddenly teamed up with a quant who is telling the money manager how to manage their money and change the way they think about valuation. I’m not sure that will be a healthy discussion, but it will be a difficult transition – finding the right people, deciding what they’re worth and the pain of integrating them into the business. All of those things will be difficult, although with that said, those who get it right and can do it will be the ones who succeed.