The TRADE > Blog > Trade reporting: Why standards are imperative in mitigating cross-border fragmentation 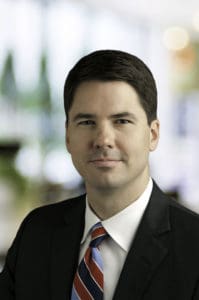 I first joined the Commodity Futures Trading Commission (CFTC) in 2011, and since then, there has been enormous progress in creating transparency for derivatives markets. Regulators had considerably less visibility into this global marketplace during the crisis, and reporting has resulted in significant transparency improvements. However, there is still work to do, specifically around the standardisation of regulatory approaches. Cross-border fragmentation is a barrier to achieving the original goals of the reform effort, but fortunately, there are ways to overcome the obstacle.

As policy makers have continued the process of creating and implementing regulations since the 2008 financial crisis, the industry has learned some key lessons in how to deliver effective change. Namely, stakeholders often require specific, prescriptive guidance from the regulators to ensure industry participants are aligned in their approaches to trade reporting. Standardisation of trade reporting is fundamental, down to the level of data fields, especially when the data that is being collected can be used to monitor risk.

The role of international standard-setting bodies (ISBs) has been – and continues to be – critical. The Financial Stability Board (FSB) has worked on governance structures around how to maintain uniform product and trade identifiers and the International Organisation of Securities Commissions (IOSCO) has given technical guidance regarding data standards. While their work has been constructive and helpful, it is yet to be completed, and should be viewed as a priority, as progressing standards is an important strategy to overcome challenges created by cross-border data fragmentation.

ISBs themselves face certain constraints and hurdles in order to succeed in mitigating data fragmentation and ultimately, achieve the G20 goal of reducing systemic risk in the derivatives markets. For example, a natural tension exists between laws to protect data at a national level, and regulation designed to reduce systemic risk globally, because the latter requires cross-border sharing of data in order to fulfil the policy goals behind reporting requirements. When a policy stands in the way of data sharing required for reporting, the industry is working to address that conflict on an issue-by-issue basis.

While the amount of work is daunting, one positive aspect has been the level of continuity over an extended timeframe as it relates to policy direction. An extended implementation process exposes any policy to political risk in circumstances where there are multiple elected government leaders involved in that process.  Over the years, however, the work programmes of the FSB and IOSCO have been consistent through several leadership changes.  Perhaps this should not be surprising – bringing transparency to the swaps market was relatively non-controversial at the outset and quickly enjoyed consensus support at the international and national levels.

Nonetheless, political winds in some jurisdictions around the world have shifted as they inevitably do, and some key members of the G20 have strengthened their embrace of a de-regulatory agenda in the name of economic growth.  Remarkably, this agenda has not affected the policy of swaps reporting and, in fact, implementation internationally and domestically has continued apace.  Again, this speaks volumes about the soundness of the policy goals behind reporting.

Furthermore, rapidly evolving technology capabilities have a part to play in facilitating increased transparency for swaps. Massive volumes of data created by the trade reporting mandate have influenced policymaking and fostered innovation, as policy makers and market participants look to gain key insights into an evolving swaps market. Regulators are investing in data labs, tech accelerators and data scientists to empower them to analyse unstructured data and process it in a way that provides a better picture of the marketplace today. Fast forward to five years from now, and we may see technology-enabled solutions that permit global regulators to share data without comprising privacy requirements in individual jurisdictions, thus further decreasing cross-border fragmentation.

The inherently diverse nature of regulatory jurisdictions around the world means that achieving a single global set of rules mandating data sharing is unlikely. The industry should focus instead on exploring appropriate use of technology to enhance trade reporting processes and ensuring that ISBs are at the centre of the industry discussions that will shape the future of trade reporting. By continuing to support and enhance the ISBs’ role in the policymaking process – recognising that participating nations will always remain sovereign in their own right – their ability to drive standards will be significantly improved, leading to more harmonised rules across jurisdictions and benefiting the entire industry.