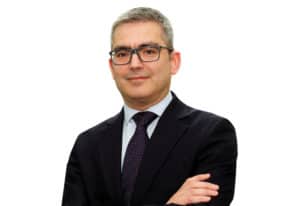 Annabel Smith: How does consolidation impact the market?

Natan Tiefenbrun: Consolidation is a natural response to competition as operators seek out more efficiencies to remain competitive. Efficiency is one of the key metrics on which the entire sector should be judged; the less we cost issuers and investors to facilitate their activity then the better job we are collectively doing.

There has been a trend of consolidation among national European stock exchanges which can bring advantages to participants through the standardisation of technology. I don’t think that the consolidation we have seen has impaired competition in European equity market; although there are certain areas, such as closing auctions, where the market is less supportive of competition and is resigned to higher costs.

There’s always a question about how the benefits of consolidation are distributed between those driving consolidation and their customers – and competitive pressure is a big factor in determining that balance. Ultimately, Cboe remains very committed to competition, choice and open access in European’s equity market– in both trading and clearing –  helping drive down costs and stimulate innovation.

AS: How has data changed the role of trading venues?

NT: The revenue mix of trading venues has always been a combination of transactional fees, non-transactional fees and data. That said, it has skewed towards data at many venues over time, partly because trading is where competition has been felt most keenly. There is not any clear substitute for the data from a venue, particularly if you operate an official closing auction. Venues which operate a closing auction face little competition in terms of that trading mechanism and over the associated market data, and that is why you have seen a skew towards higher data fees. The mechanism which might go some way to helping find a pricing equilibrium around market data would be a real-time pre-trade and post-trade consolidated tape – and yet that is something that has eluded us collectively as an industry in Europe for many years.

AS: Is a consolidated tape likely to be implemented in Europe anytime soon?

NT: It is very much a topic of active debate within ESMA and other EU regulators. The UK Treasury has also published its Wholesale Market Review, which consulted on rule changes to the UK’s trading regime. It proposed three changes that could make a tape more feasible. First, dropping of the 100% coverage requirement, which is a form of contingent liability that has discouraged a CTP from launching. Second, ending the prohibition against a tape operator from monetising delayed data, which would allow existing data vendors to become a consolidated tape operator without shutting down their existing data business. Last, and most important, is the proposal that venues be mandated to give their data to the tape – which would shortcut some difficult discussions about licensing.

AS: How would a tape benefit the market?

NT: It is difficult for participants, new investors, intermediaries, exchanges, and regulators to have confidence in competitive markets when there are disagreements about the data and what the data tells you. A consolidated tape is key to finishing the job of creating a competitive framework for trading and clearing.

There has been a huge shift in terms of retail interest in equity markets throughout the pandemic presenting Europe – which does not have a strong retail equity culture compared to the US or Asia – with a once in a lifetime opportunity to help develop greater retail participation. It is not just about investor protection. If a broker is trying to launch a European service or an existing European retail broker is trying to offer European data to clients it has to negotiate 25 data licenses and then keep track of each of them and how the permissions, the language, the charging mechanism and the accounting mechanism are different. A consolidated tape would allow brokers to sign a single license agreement, and that would be a huge benefit to many investment firms.

There is also a lot of frustration in Europe amongst investors and intermediaries that when a national exchange has an outage, all trading grinds to a halt. There is an over-reliance on primary listings venues for the “status” of the market, which if sourced instead from a real-time consolidated tape would improve market resilience.

AS: How have recent market events like Brexit impacted the equities landscape?

NT: The more interesting question with Brexit is how does it look going forward? I think everybody is focused on the potential for divergence between the UK and EU rules. Regulatory divergence has the potential to drive a further shift in liquidity and to create even more heightened complexity and cost for firms. ESMA’s current consultation into MiFID II’s RTS 1/2 framework looks at improving post-trade transparency – which is a huge positive for the industry – but also has some very negative components associated with it, including a review of the pre-trade transparency of periodic auction venues. Periodic auctions are a relatively new venue category, they’re very popular with investors and with brokers because they slow trading down; they last at least 100 milliseconds, which in algorithmic trading terms is quite a long time, and so they tend to be a good place for more patient investors to meet one another. ESMA is consulting on changes that would reintroduce speed as a factor in the market model, making it unviable to rest orders in these venues in a patient fashion.

The proposed changes could be harmful to the usefulness of the periodic auctions and worsen execution outcomes for end investors. The EU could therefore be actively pushing liquidity towards less transparent market mechanisms or third country venues. Most investment firms, banks, and asset managers prefer harmonised rules, and only when forced would they sponsor material divergence. It would be a shame if Periodic Auctions marked the start of regulatory divergence, because as a market mechanism they are disproportionately beneficial to traditional investment managers.