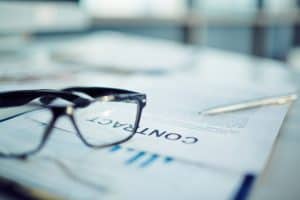 The vast majority of firms with exposure to Libor are yet to begin preparations and renegotiate contracts ahead of the withdrawal of the benchmark in 2021, according to a survey.

Of the 100 derivatives users, including investment funds and asset managers, asked about their preparations, a significant majority of 83% said they have not started making changes to contracts, while 15% are in the early stages of renegotiations and just 2% have completed the task.

The study was carried out by risk management consultancy JCRA and City law firm Travers Smith. JCRA’s lead advisor on benchmark reform, Joshua Roberts, raised concerns that trouble could be ahead for the many firms yet to carry out the crucial contract renegotiations.

“The numbers tell their own story,” he said “There is going to be a huge amount of renegotiation of contracts in the next few years, and we are concerned that many firms may leave this to the last minute. This will create a significant issue of capacity as there is only a finite number of legal advisers with the expertise necessary to renegotiate these contracts.”

UK regulatory authorities and the Bank of England decided to shut down the controversial Libor benchmark following years of scandal, alleged manipulation and a decline in activity, replacing it with the Sterling Overnight Index Average (SONIA) in April last year. In 2017, 20 banks agreed to continue making submissions to Libor until 2021 to ensure a smooth transition as the benchmark was phased out.

The research found that 75% of firms have contracts which reference Libor and have a life span beyond the 2021 deadline. The volume-weighted proportion of interest derivatives referencing Libor that go beyond that date is thought to be around 40%.

Jonathan Gilmour, head of the derivatives and structured products group at Travers Smith, urged buy-side institutions to consider the fallbacks and pricing adjustments made by sell-side counterparties when renegotiating Libor-based contracts.

“When negotiating amendments with their counterparties, one of the key points to be considered, particularly by buy-side institutions, is whether they are comfortable with the risk of being bound by fallbacks and pricing adjustments determined by the calculation agent – who will typically be their sell-side counterparty – or by a regulatory authority.”

Gilmour added that market participants must ensure they have the mechanics in their documentation to deal with the discontinuation of Libor.

“They will need to work with their legal and commercial advisers to understand the options that are available to them when amending their contractual arrangements. ISDA and the LMA have proposed wording to deal with benchmark fallbacks in the derivatives and loan markets respectively,” he said.