When it comes to trading technology, those who dare, win, writes Matt Barrett, CEO of Adaptive Financial Consulting.

Last year was a year of extremes. No asset class was left untouched as volatility ripped through markets, driven by rising rates and high inflation. Once-in-a generation market events quickly became the norm. For institutional trading firms, at times, it has been a bruising year. From the end of the equities bull market to the up-ending of the UK’s gilt market, and the collapse of FTX – we are living in an era distinct from the previous decade. 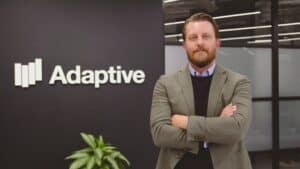 This year, firms’ focus will be on equipping their trading desks for tough conditions. We will also see trading firms addressing the shifting balance of power in financial services, as incumbents are increasingly challenged by traditional and non-traditional trading firms.

To address these issues over the next 12 months, the biggest change we are likely to see is in firms’ relationship with technology. Financial technology has traditionally been seen as an enabler – giving access to markets and offering the tools to streamline processes. This will of course remain the case, but we will start to see technology increasingly take centre stage. From automating more processes, increasing speed of execution, or delivering increasingly sophisticated analytics – technology will set firms apart.

The question for trading desks around the world is in how they should approach such an integral part of their offering – do they outsource or build in-house? Contending in financial markets is similar to racing cars – it is not enough to compete at the highest level with a rental. Those that build and tune their cars are usually the ones that make the podium. The same is true for trading – traders with the fastest, most resilient and differentiated system are best placed to win out in the end.

With firms planning how to approach their technology as it becomes ever more ingrained in their offering, we are likely to see several trends developing this year:

– The race for long-term differentiation: In fast moving markets, putting a plaster on an ongoing issue will cause long-term problems. Plugging short-term gaps in a technology stack can only go so far – firms will be thinking about how to futureproof their systems, increasing flexibility to adapt to new trends while ensuring they differentiate their business. Take crypto trading for example – the collapse of FTX shook the market but did not sound the death knell for digital assets. Institutional demand will recover, meaning that trading firms are taking a mature approach to building crypto systems and cornering demand for the checks and balances expected from trading traditional asset classes.

– Ramping up experimentation: New technology emerging within and outside of finance presents exciting opportunities for trading firms. Whether the incredible leaps forward in AI, or the swelling power of cloud technology. As the race to differentiate heats up, we can expect to see trading firms finding innovative new ways to gain an edge. Exchanges, for example, will be looking to boost their competitiveness and diversify their offerings as the prevalence of electronic market makers continues to surge – demonstrated by Microsoft’s recent deal with the London Stock Exchange, going beyond a simple cloud deal and extending to collaboratively developing new tools and products.

– The rise of technology platforms: Where previously approaching technology was a question of selecting a product vendor or looking to acquire the expertise to build systems in-house, this choice is now becoming less clear-cut. Firms are now able to use sophisticated development acceleration tools/software to quickly design, build and deploy trading technology. The blurring of buy vs build means that firms will be able to acquire proprietary technology that is tailored specifically for their and their clients’ needs.

A positive borne from the tumultuous markets of 2022 has been the increasing focus on technology. Institutional finance has lagged relative to consumer sectors in its adoption of new technology, owing to firms’ scale and complexity. However, we are on the cusp of a revolution which will likely see technology playing an increasingly vital role – not only in automating more routine processes but adding value at higher levels. By enabling desks to do more and take their offering further, trading firms willing to make the jump and embrace the increasing prevalence of technology will be the winners in an increasingly competitive market. Those who dare, win.

Will 2023 be the year of transparency in fixed income markets?

Geoffroy Vander Linden, country head for MarketAxess Netherlands, writes exclusively for The TRADE on what we can expect for the bond markets over the coming year.
December 21, 2022 12:36 PM GMT

The tale of the tape

A European consolidated tape can be good for everyone, especially for retail investors, who are after all the bedrock of the industry, writes Caroline Serdarevic, head of Millennium Europe, a broker-dealer for global corporate bonds, municipal bonds and mortgage-backed securities.
November 29, 2022 12:10 PM GMT

Torstone Technology's chief executive, Brian Collings, discusses the post-trade challenges in servicing electronic market makers – servicing the breadth of asset classes, as well as the enormous volumes – as they continue their meteoric rise, filling gaps left by incumbents retrenching from the market.
August 12, 2022 11:05 AM GMT

Trading Venue Perimeter: US vs EU differences but equally unpopular

Kelvin To, founder and president of Data Boiler Technologies, discusses the differences between US and EU trading venue perimeters.
May 9, 2022 11:13 AM GMT

The stars are aligned for a significant increase in algorithmic trading

Combined with the evolution of electronic trading in non-equities and ongoing improvement in tools, Aite-Novarica Group is looking to see step changes in how buy-side traders are accessing liquidity in the next two years.
April 5, 2022 5:14 PM GMT

The next frontier for smart contracts – truly adjustable debt instruments

We will soon begin entering a new phase, where smart contracts and DLTs are interoperable for synchronised communications. Then the final phase will be addressing ownership transfer, writes Naveed Nasar, co-founder and chief product officer at agora.