The TRADE > News > Buy-Side > Alternative and multi-asset managers are behind the curve on diversity engagement, study finds 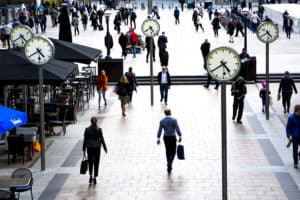 Credit and equity managers are leading the charge on diversity metrics when researching potential investments, research from Redington has found.

However, most asset managers across real assets, private debt, liability driven investments and multi-asset funds are not considering diversity metrics such as gender at all when researching potential investments, according to Redington’s  Sustainable Investment Survey.

Of the 112 asset managers Redington surveyed, which collectively manage more than $10 trillion in assets, the vast majority believe that diverse teams have a positive and real impact on their investment processes. But this is not reflected within their own organisations when it comes to building more diverse investment teams on the ground.

When asked whether they perform diversity assessments as part of their investment due diligence, credit and equity asset managers were the only sector in which more than half of respondents said they consider aspects such as race or gender.

Looking specifically at gender, 68% of credit managers said they consider this, alongside 58% of equity managers. This compares with 44% of private debt managers, 39% of multi-asset managers and only 24% of real asset managers.

On average across all strategies surveyed, half said they considered gender (compared with 47% in Redington’s 2020 survey), 37% race (up from 19% in 2020), 38% professional experience and 27% age. Nine percent of managers on average said they considered sexuality as part of the due diligence process, including 15% of credit managers.

Real asset managers scored consistently low across all metrics. Alongside gender at 24%, the next highest metrics assessed were professional experience (19%), education (14%), age (10%) and race (5%).

Nick Samuels, head of manager research at Redington, said this could be partly explained by the type of assets this group of managers invests in, with the quality of assets such as land or buildings likely to take precedence over people.

“If managers believe these areas are important to assess when looking at a new investment, why is this not also reflected within their own organisation and processes?” he asked. “The same can be said for the ethnic diversity of teams that include race when researching new investment opportunities.”

While only 39% of surveyed strategies shared accurate ethnicity information on their investment, Redington said white employees made up an average of 68% of investment teams.

Half of managers surveyed believed their current investment team represented the diversity demographics of the country and region within which their firm operates. However, when reviewed in more detail, specifically from a gender diversity perspective, Redington did not find investment teams to be representative of the core regions in which most asset managers operate.

“It’s clear that the industry acknowledges the crucial role that diverse teams can play in being successful,” Sarah Miller, Vice President at Redington remarked. “Yet our research suggests that the 50% of managers who believe their teams do reflect the diversity of their population cannot provide the evidence to back it up, and that most managers have a lot more to do to genuinely deliver on this ambition.”

Driving a more inclusive and diverse investment industry requires greater transparency, disclosure and action, said Miller. “This is not only required for us to evolve and progress as an industry; it’s increasingly expected of us by our clients, too.”

“But change isn’t helped by managers telling a more positive story about themselves and the diversity of their teams than is warranted by the data. What’s needed is honesty about the reality of the current situation; only then can we identify and tackle issues in order to make real progress.”

Redington said it recognises the limitations of some data sets such as gender and ethnicity pay gap reporting, both in regard to protecting employee anonymity and in sample size. However, it believes that its research can still play a role in creating a dialogue and retaining focus around these issues.

The firm said that it will continue to collect this data from its managers, while also refining how it uses it to understand whether and how progress is being made.

“Data can only tell us part of the story, though, and it’s how we use those quantitative points of reference to engage on the input factors that can help to effectively change future outcomes,” said Samuels. “What we’re looking for are long-term commitments from managers, combined with a high level of industry collaboration.”

While many firms are seeking to address the historical gender imbalance within the industry by ensuring a more balanced graduate recruitment cohort and being more thoughtful about how they retain talent, Samuels said this won’t radically improve short-term numbers. “Progress will require patience,” he said.