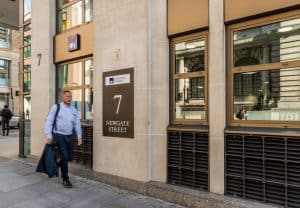 AXA Investment Management has announced it has appointed Yannig Loyer as its new global head of trading, replacing Paul Squires, who left the firm in February this year.

Loyer, who is based in Paris, will report to Daniel Leon, head of engineering and trading at the asset manager, will have responsibility for managing global equities, foreign exchange and fixed income trading at AXA IM.

In a statement announcing the appointment, AXA IM said the role has taken on significant prominence due to the “increased regulatory pressure” associated with global trading and that the firm is seeking to “take advantage of technological and quantitative innovations as part of our transformation.”

Loyer joins AXA IM after a 13-year stint at Bank of America Merrill Lynch, where he most recently held the role of managing director in charge of global markets senior relationship management for Continental Europe.

He takes over the role from AXA IM veteran Paul Squires, who left the firm after 31 years in February to join Invesco as its head of EMEA equities trading.

Squires first joined the firm in 1996 as an equity trader in the UK before moving to trade European equities in 1999 and then to fixed income in 2003. In 2005, he was promoted to head of trading after AXA IM’s trading group merged with the securities financing team.

The firm recently confirmed it is to relocate its London-based staff to the under-construction Twentytwo building at 22 Bishopsgate.

The asset manager will centralise staff from its existing locations in 7 Newgate Street and 155 Bishopsgate during the first half of 2020 to the new site, which is being managed by AXA IM’s real estate division and has been designed as a “vertical village”.

« Think about what blockchain technology can do internally for your organisation, says Digital Asset CEO