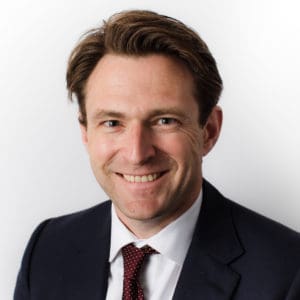 How have the initial months at the helm of Itiviti been for you and what have been your first priorities?

Rob Mackay: It is a pretty exciting time to join the firm; Itiviti has a great set of products and is a healthy, growing business. Historically Itiviti has been a slightly quiet company and probably hasn’t marketed itself quite as much as it could have done, and so the potential of the firm is pretty significant.

It’s an exciting time to join because all our businesses are growing well and we see potential for considerable further growth in our businesses. On the agency trading side, there is considerable disruption from competitors pulling back from that market, which creates enormous opportunities. On the principal trading side where we have the newest generation of multi-asset class, low-latency infrastructure, there’s a lot of appetite from banks and trading firms to adopt that infrastructure, because it is the newest technology on the market. We have also been investing in the NYFIX order-routing network.

We have been investing in all of our products, which, in general, is different to most of our competitors, many of which are now legacy, and that investment pays off well. We see this with the order-routing network and its associated services, where we have seen great channel growth and our post-trade services – the trade matching for buy-side firms – is also seeing growth. It’s the same with our connectivity portfolio; the fact that we are investing when generally most other firms in this space are pulling back from the market, is paying off well for us.

How has the merger between Itiviti and ULLINK enhanced the business and its offering since its completion?

The first thing you get bringing these two together is a very dominant position in connectivity. Secondly you have a very complimentary technology stack in both agency and principal trading, and clearly the opportunity on the back of that is to integrate our combined services. We’ve made good progress there and will have announcements later this year on that.

One of the other areas of investment has been developing our managed FIX services, where we have seen good adoption from customers, and leveraging the NYFIX network we have been seeing a significant amount of growth in our NYFIX matching business, where we offer trade matching services – essentially equivalent to firms like Omgeo, Traiana or Markit – that has significantly reduced prices.

What are the major issues your clients are facing and how is Itiviti helping to address these?

Typically what we see with these very large financial technology firms is that they have a portfolio of legacy assets because they have bought mature revenue streams in the past and those streams are associated with already legacy technology. So they are constantly dealing with declining revenue and they are not focused on innovation at all. What they are doing is stripping out cost and we have seen this with a number of firms.

We see it with Bloomberg looking to exit some of their unprofitable business, like KYC or SSEOMS. We see it with Fidessa and the rather dramatic news that ION Group is stripping out enormous amounts of cost from the Fidessa business. We see it with FIS and their acquisition of Sungard, where they announced they were stripping out hundreds of millions of dollars of costs and then significantly exceeded those targets. This pattern of behaviour from very large firms is to make their offerings effectively sunset; whether they officially make them sunset or not becomes irrelevant, because once the strategic development capacity is stripped away the offering is effectively sunset.

If you look at the space Itiviti operates in, where the majority of our business is sell-side order management, it is dominated by these very large players with their now-legacy offerings. That poses problems to customers of those offerings. Typically, if you take the order management space, the big thing is that the banks need to reduce the cost of their operations so they can offer lower cost executions to their buy-side customers, and if they are locked into very expensive high-touch infrastructures, that constrains their ability to reduce the cost of their operations.

So, we see them looking to move more flow to low-touch or hybrid OMS, and we see a continuing trend that they need to get the cost of their infrastructure and the cost of operations down. The enterprise technology firms that serve the financial markets have generally been doing a poor job of helping them achieve that aim.

The large firms have to determine themselves the extent to which they are willing to invest, but I would suggest that they have taken a fairly short time horizon and have been looking to reward their shareholders at the expense of their staff and customers. On a slightly longer time horizon, if you focus on your customers and serving your customers, as well as your staff, that pays off very well. This naturally leads to behaviour where you innovate, where you are interested in acquiring growth companies rather than looking for acquisitions that bring scale and continue to bring in declining revenue. So I think it comes down to the time horizon that leaders in the large firms use when planning their business.

We’ve seen some large M&A deals in the last few years in the tech vendor space and consolidation appears to be picking up pace; what do you think will happen to this space in the mid- to long-term and how is Itiviti poised to take advantage?

RM: Historically many of these mid-sized firms were founder-led and now that is very much a rarity. So we have very large firms, typically sitting on legacy technology, focused on getting shareholder value through cutting cost with very little innovation. But importantly, they almost act as gatekeepers because they have existing relationships with the vast majority of financial markets participants.

Then, at the bottom, there are a lot of firms that innovate, which have exciting technology, maybe founder-led, are usually smaller organisations and almost certainly don’t have scale or the relationships with the financial markets participants. Importantly, they can be difficult to work with, particularly for large financial organisations, because procurement departments and banks and insurers make it very hard to work with firms of this size.

That’s the landscape, which is very different from a number of years ago. The landscape is dominated by a limited number of very large firms that aren’t innovating and acting like gatekeepers, focused on stripping out costs.

Itiviti sits in the middle; we are a mid-sized firm with just under 1,000 staff operating out of 18 offices, we have relationships in place with 1,600 financial organisations globally. That gives us a really interesting opportunity to work with the far smaller, innovative firms and use our scale and relationships to help them get to market. I expect to see consolidation from the big firms because stripping out cost is a scale game and I see the innovation coming from small-to-mid-sized firms. At Itiviti we are investing in our platform but we are also very actively working with much smaller firms to help promote their technology and take it to market.

Can you share some details on the project with Bloomberg to migrate clients from its SSEOMS platform?

RM: Itiviti has been fortunate to pick up quite a number of talented members of the SSEOMS team. A few of these we have already announced to the market, such as our new chief product officer, Linda Middleditch, while quite a number of them have not been announced, but we have brought onboard a pretty strong team that came from Bloomberg and typically from tier one investment banks before that. That team has been critical to maintaining the relationships with the existing Bloomberg organisation.

We have spoken to all of the SSEOMS customers, we have already onboarded a few of these and there are further announcements on this in the pipeline. We have a very healthy pipeline of deals that we expect to close running through the middle of next year.

Specifically to the partnership with Bloomberg, a key part of this is that we want to ensure that as many of the Bloomberg services that their customers are using at the moment are uninterrupted. The last piece of this is around onboarding, where we work closely with the Bloomberg team to ensure there is as little disruption as possible and that the process goes as smoothly as possible.

What is primary focus for Itiviti over the coming 18 months?

RM: There is a rather unusual situation that is created by Bloomberg explicitly pulling back from the market and by ION Group cutting so much cost of the Fidessa business, and other large legacy providers in this space; that creates the opportunity for us. We are focused on that space for now and that is going to drive very substantial growth for us.

Clearly the second half of this year we have good visibility and into next year, there is a healthy pipeline of projects and given the scale of disruption it’s realistic to assume the growth of that side of the business going on for a good number of years into the future.