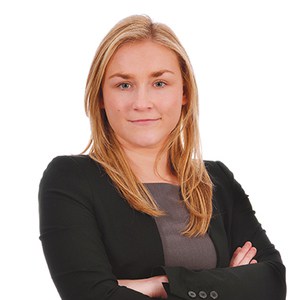 The European equities trading industry has been operating under the MiFID II framework for two years now, getting to grips with double volume caps, transaction reporting and the unbundling of payments for execution and research. But, much to the dismay of traders across Europe, there is one aspect of the regulation that authorities have failed to deliver: the consolidated tape.

Although not a mandate, requirements applicable to a ‘voluntarily established’ consolidated tape for equity instruments under MiFID II were laid out by ESMA. In response to a consultation this year, whereby ESMA sought feedback on whether to go ahead with the project, the regulator has finally decided to recommend the establishment of a tape to the European Commission. That’s right folks, following a number of industry-led efforts over the years which have tried and failed to supply a consolidated tape, 2020 could finally be the year the dream is realised.

A real-time, electronic data stream aggregating post-trade reports, the consolidated tape has topped the wish list of market participants for many years. The idea behind the tape is to create a more integrated European equities market, with access to a consolidated view of trade transparency information including ISINs, price, volumes, transaction times, and the relevant venues. However, should plans move forward the task at hand is indeed monumental.

The biggest challenge is in the data; after all, the tape is pointless if the data is inaccurate. So, in order to establish an effective tape, ongoing issues with quality, timing, consistency and completeness of data, particularly for OTC and systematic internalisers, must be solved. ESMA has recommended standardisation of reporting by trading venues and APAs and the use of mechanisms to reduce reporting errors in a bid to combat this.

ESMA will also recommend mandatory contribution of data from trading venues and approved publication arrangements (APAs) free of charge, with possible plans to include mandatory consumption of the tape to spur revenues, which the consolidated tape provider would share with the reporting entities.

There’s a long way to go, but this is more than a step in the right direction. Consolidated tape efforts in Europe have been thwarted in the past by concerns on data quality and the commercial benefits of producing it, and the latest consultation has certainly moved to ease some of those concerns. But the details must be ironed out before the hard work of producing the ‘holy grail’ of the European equities trading truly begins.

ESMA, concluding its recommendation, acknowledged the scale of the task at hand: “The establishment of an EU-wide real-time consolidated tape is a technically demanding task which will require a substantial investment of both time and resources by all parties involved, including the need to change the legal framework.”