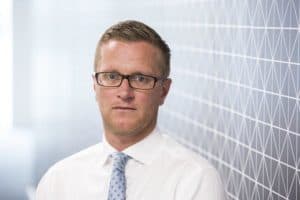 With less than three months to go before the implementation of the Settlement Discipline Regime (SDR) in February 2022, market participants at the recent DTCC CSDR Forum identified clear steps that should be taken to maximise settlement efficiency and avoid fines associated with failed trades. The overarching message was that embracing post-trade automation will give market participants the best chance of timely settlement, while those that continue to use manual processes will likely encounter late settlement penalties.

With that in mind, sell-side panellists urged market participants to utilise a number of preventative measures which will optimise settlement ahead of SDR implementation. More specifically, panellists highlighted four key areas which will help mitigate late settlement penalties and the need for buy-ins, should they be implemented.

Second, firms must focus on inventory management. The panellists concluded that enhanced post-trade processes that boost transparency can help facilitate settlement and enable inventory to be in the correct place for settlement, potentially eliminating issues due to a lack of clarity on where securities are held. Success in this area comes down to counterparties understanding exactly where their inventory is held as soon after execution as possible to allow the delivery to be instructed from the correct location. This involves matching a trade at the place of settlement (PSET), which is key for efficient settlement.

Third, firms must ensure access and use of accurate Standing Settlement Instructions (SSIs), because inaccurate or incomplete SSIs is one of three primary reasons why trades fail. The panellists agreed that settlement is much more likely to be optimised if as much data as possible is captured close to execution, and thereafter enabling the buyer and seller to agree on the economics of the transaction. Some market participants match trades having stipulated the place of settlement through SSIs as part of the confirmation and affirmation process, only to have them over-ridden by an internal system containing out-of-date or inaccurate data due to a high level of manual intervention on that platform. As a result, the trade settlement fails. This type of outcome will be penalised by SDR and is avoidable. A custodian panellist corroborated this view, emphasising the importance of accurate trade information, and that a golden copy of SSIs is critical to success in this area.

Finally, automation, automation, automation! The panellists warned market participants that if they are still using faxes and other manual processes to confirm trades, they are likely to receive late settlement fines, adding that manual transaction processing is extremely error-prone and likely to delay trade settlement. Firms are urged to invest in a system which enables the terms of the trade to be agreed upon upfront, in an automated and standardised fashion, before the trade flows further downstream for settlement. Automated exception management – whereby a problem trade is highlighted as early as possible in order for it to be rectified quickly to achieve timely settlement – was also cited as a means of optimising settlement.

As firms reach the closing stages of their SDR preparations, the advice from our panellists was loud and clear: to mitigate settlement fines, market participants should automate as many post-trade processes as possible and take advantage of available tools. For those firms that do not take these steps, the likelihood of settlement fines will be far greater when SDR comes into force in February 2022.