The TRADE > Blog > The regulatory merger we all need 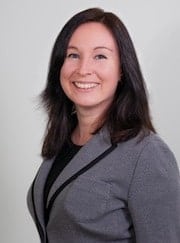 The last eight months have borne witness to a lot of regulatory to-ing and fro-ing about the jurisdictional parameters of cryptoasset regulation. What has become clear to the industry and hopefully to some of the US politicians in particular over this time, is that there are far too many unnecessarily grey areas overall in the US system and that it’s finally time for a merger between the Securities and Exchange Commission (SEC) and the Commodity Futures Trading Commission (CFTC).

Of course, the cryptoasset area is one in a long list of market areas that causes jurisdictional confusion for practitioners, but the back-and-forthing over social media and during event speeches by the SEC and CFTC on crypto/digital asset finreg effectively highlights the inefficiency of the system. To provide a bit of context, SEC head Gary Gensler and his new squad have been out and about in the press during the first half of the year talking about the importance of adequately regulating cryptocurrencies and related assets. This has sparked some of their counterparts at the currently somewhat subdued CFTC to pipe up with various comments about the CFTC’s equally important role in regulating the sector.

Earlier this month in a seeming fit of pique, one of CFTC commissioners took to Twitter to finally set the record straight about where the regulator’s jurisdictional boundaries lie. And to remind the industry that it does not, and I repeat does not, regulate cash commodity markets, in spite of that word in its moniker. Commissioner Stump provided a list of 10 points setting out the CFTC’s role in regulating digital asset derivatives and noting that when it comes to certain infractions such as fraud, the CFTC will get involved if such actions threaten the stability and functioning of derivatives markets. A broad remit indeed.

The reason regulators are getting so heated about the topic of digital assets is primarily because the industry can’t seem to agree how these assets should be classified. They could be considered commodities by some and they could be considered securities by others. Moreover, the overall definition of commodities and related derivatives is exceptionally broad with a lot of grey around the edges. What initially seemed to be clear-cut when the agencies were created, is now rather murky.

The fact that the SEC and CFTC have been out of step with each other for some time (some might say since creation) does not help matters. Just look at the implementation of the Dodd-Frank Act as an example—the SEC was years behind the CFTC in terms of implementation a decade ago and still hasn’t caught up.

The reason why the market has two regulators that occasionally get into spats about regulatory turf? Politics. Various House committees have a long history of conflict and we’ll leave it there.

Former CFTC commissioners have noted that there is a “hell no, we won’t go” level of internal opinion about an SEC merger. When pushed to comment publicly about such a move, commissioners generally resort to fearmongering that the regulatory oversight of a combined agency would be weaker than the one we have with two separate (arguing and sometimes uncooperative) agencies.

There’s been a huge amount of rhetoric thrown around by regulators over the last few years about simplifying regulation and making things easier for industry practitioners to comply with. Surely, now is the perfect time to address the complexity of the oversight structure itself. I mean, there are other regulators in the frame too like Finra, but we can probably only fight one battle at a time and the CFTC and SEC issue is currently at the fore.

Instead of 10 points about digital asset regulation, I have one point for politicians, regulators and the industry to consider:
1. Merge the SEC and CFTC