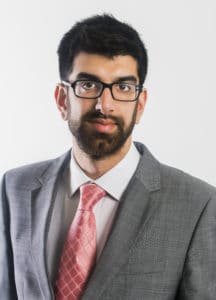 With the Financial Conduct Authority (FCA) poised to scrap MiFID II’s so-called RTS 27 and 28 reports, the UK has an opportunity to set Europe’s gold standard for best execution monitoring. Replacing the MiFID II reports with a standardised set of broker routing metrics, similar to those recently introduced by the US Securities and Exchange Commission (SEC), could be a good place to start.

It’s no secret that the RTS 27 and 28 reports are unloved by European market participants. The FCA’s April 28 consultation paper said they “have not achieved their policy goal of enhancing investor protection or improving information on execution quality and order routing” and are barely used by the industry.

RTS 27, produced by venues and systematic internalisers, include details like order book snapshots at arbitrary times of the day. These security-level data take a lot of time and effort to produce but offer little meaningful data. RTS 28 reports require firms to list their top five venues and/or counterparties and are marginally beneficial for keeping an eye on competitors but not for holding brokers to account. Diverging interpretations of the RTS 27 and 28 among European member states compounds their ineffectiveness. It’s no surprise that the European Commission also suspended RTS 27 reports until at least February 2023 as part of its recent MiFID II quick fixes.

Getting rid of the RTS 27 and 28 reports entirely would be a welcome move that removes a significant burden for all market participants, but buy-side firms, particularly those that do not have teams on hand to crunch execution data, need an alternative.

One option could be a version of the SEC’s snappily titled Rule 606(b)(3) reports, which were designed with meaningful industry input and offer buy-side firms an actionable dataset that helps them scrutinise their brokers’ choices. The SEC reports are not a substitute for trade-by-trade transaction cost analysis but can shine a light on suboptimal venue selection in the aggregate.

We’ve encountered a number of common issues through the analysis of clients’ 606(b)(3) data uploaded to our buy-side analysis tool, called SORT. These include brokers prioritising their own dark pools over other venues with more liquidity. Often, a broker’s captive dark venue will be its top routing destination, with an extremely low fill rate and a high level of crossing the bid-ask spread. This can increase the likelihood of information leakage and price slippage when filling a liquidity-seeking order. Clients seeing such outcomes can ask whether brokers could achieve better results by instead removing liquidity on exchanges or other venues with more liquidity and higher fill rates, and instruct brokers to change their routing behaviour accordingly.

Europe’s principles-based approach to best execution, combined with the fragmentation of equity liquidity that has intensified since MiFID II’s January 2018 introduction, makes it vital for buy-side firms to identify this type of behaviour and keep their brokers honest.