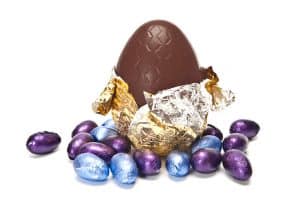 Right, enough with the pleasantries, let’s get stuck in to the news that keeps on giving this week, the now multi-faceted takeover of London-based trading technology vendor, Fidessa.

The firm has become the proverbial bone at the centre of a pack of dogs intent on fighting their way to possession of said bone, while the bone itself attempts to attract as many dogs into the fight as possible. Proverbially speaking.

Ever since Swiss software house Temenos approached the firm for a cup of tea and a chat – a very significant wad of cash in hand of course – back in February, the deal looked like it would be pushed through with a minimum of fuss.

While Temenos played coy about one of the biggest M&A deals between fintech (lack of capitalisation important here) firms, issuing a statement that “there can be no certainty that any offer will ultimately be made for Fidessa.”

Fidessa, on the other hand, rather showed theirs by saying, at the same time, that they would recommend a sale to shareholders should the dulcet tune of £1.4 billion continue to play. The firm’s share prices soaring on the back of the news was clearly well received as well.

Time passed, as is its wont, and while people were distracted by the introduction of dark pool DVCs, the SI tick size regime, and other such sexy topics, things were taking place behind the scenes.

On Tuesday morning, while most of us were coming round from chocolate-induced Easter comas, Fidessa announced that it had been in discussions with two other undisclosed firms, one of which represented a 5% premium on Temenos’ existing bid.

Fidessa said that while there had been no new formal offers made, the rumour mill went into overdrive as to the identity of the mystery bidders. In response, the vendor then announced on Thursday that the two firms were none other than ION Investment Group and SS&C Technologies.

To someone such as myself that has spent the last few years covering the financial technology space, the involvement of SS&C in a deal like this comes as no surprise whatsoever, given its track record for hoovering up competitors and peers like so much delicious Easter-related confectionary.

What was surprising however, was that Fidessa disclosed the identities of the new bidders without their consent, while also revealing that the higher offer it received was in fact from ION Investment Group.

Far be it from me to make assumptions as to the inner workings of the Fidessa management as to why they are making these moves, but I will anyway. There is a clear appetite for the business within the market and as consolidation continues, this type of acquisition opportunity is going to become harder to find.

By disclosing as much information as possible about the bids it has received Fidessa can show off how it is perceived by its suitors in terms of both prestige and financial value, but also attempt to lure in further last-minute bids from elsewhere.

Fidessa has now confirmed it is pushing back its shareholder vote on the original Temenos offer to 27 April, meaning there will be a further three weeks for more counteroffers to come in, but I do feel a bit for the Swiss vendor at such a show of self-interest from its UK counterpart.

Of course, the entire financial markets are ultimately a zero-sum game and Fidessa can rightly argue that it is simply seeking the best deal it can attract for its shareholders from assets that are highly valued, but I have a sneaky suspicion that we haven’t seen the last twist of this takeover story yet.