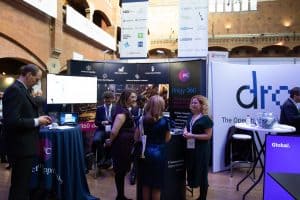 The increasing emergence of automated processes in fixed income trading means buy-side desks must adapt to evolve alongside these developments, according to buy-side speakers at the Fixed Income Leaders Summit 2018.

“We’re at an interesting point in time, a point of transition, where buy-side dealers are having to adapt to the role, to new services and ways of finding liquidity, and they need to either embrace those changes or go find themselves another job,” said Carl James, global head of fixed income trading at Pictet Asset Management.

Discussing what impact the growth of machine learning and artificial intelligence (AI)-based systems in fixed income means for the role of the human trader going forward, James and other speakers agreed that while human traders will see their workflows change, this doesn’t necessarily mean they will be replaced.

“This trajectory is set, this path of taking on machine learning and AI-driven investment is happening”, James commented. “Currently at Pictet we do systematic trading which the dealers have embraced and are evolving, which I am delighted by.”

Stuart Campbell, head of trading at BlueBay Asset Management, highlighted how increased use of automated systems allows buy-side desks to fully utilise segregated trader skillsets, although he also underlined that many examples of automation are not anywhere near the finished product yet.

“It’s important not to confuse rules-based trading with AI; I don’t think we can look at them as one and the same,” said Campbell. “What we are talking about right now is the infancy of AI for fixed income, but it won’t be too long before the robot, or whatever you call it, is suggesting to me to ask three brokers, not five, and ask these three specifically. So we will get that where it can predict the best possible outcome; whether they can achieve it or not is different.”

Speaking to the benefits of adapting to new systems, James said that while not all buy-side firms will see the same level of applicability, there are distinct advantages to using machine learning or AI systems in the pre-trade space to better inform traders and add greater value.

“As a buy-side dealer you can be passive, waiting for something to happen, so when the order comes in you can start to action it. However, if you are pro-active and actually offer up where liquidity is, you understand what they are looking for and what their strategy is,” he commented.

Much of the discussions around the use of machine learning or AI-based systems in trading focus on how it will impact the role of the human trader and whether they would still have a future on a desk that implemented such systems, and it seems that in practise so far, these outcomes have differed.

James detailed that since Pictet implemented its systematic trading system it has not experienced any reduction in headcount across its four trading desks, although this was not the same outcome as seen at BlueBay, which Campbell described as a “real-life example of high-touch/low-touch cycles”.

“We created a desk, just over three years ago, for high-touch/low-touch and then at the beginning of this year we collapsed that desk and moved away from that model, which was an interesting break from us,” he explained. “The reason being that over time there is going to be far more automation fixed income execution and we felt that the low-touch wasn’t actually adding much value, that there’s wasn’t a real need for that desk.”

As result of this move, Campbell detailed that the BlueBay desk has gone from 17 traders three years ago to 12 today, which he described as a “natural attrition”, whereby the firm did not feel the need to make replacements to bring that total back up to its previous level.

“The high-touch specialist traders that we have left in the firm are all very experienced, but the challenge now is to get them to get involved with and take hold of the technology that’s on offer to them,” he said.
Tagged: Artificial intelligence, BlueBay Asset Management, fixed income, Fixed Income Leaders Summit 2018, machine learning, Pictet Asset Management