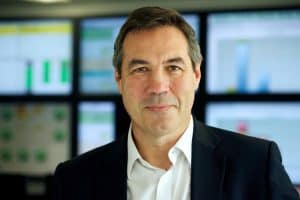 Cboe Global Markets has confirmed that its executive vice president and Cboe Europe president, Mark Hemsley, will retire from the company in February next year.

Hemsley was a founding employee of Bats Europe 2008 and played a strategic role in the acquisition and integration of Chi-X Europe in 2011. Bats was then acquired by Cboe Global Markets in 2017 for $3.4 billion. Prior to Bats, Hemsley served as chief information officer and managing director of LIFFE overseeing its markets solutions business.

“Announcing my retirement is bittersweet as the last 11 years have been the most rewarding of my career. I am proud to have worked with an outstanding team to help bring competition and innovation to European capital markets,” said Hemsley.

“Under David’s leadership, Cboe Europe is well-poised to continue this track record of success. During his tenure at Cboe Europe, he has helped successfully guide Cboe Europe’s strategy and vision, delivered on the execution of many successful product launches and technology initiatives and built a strong team and culture. While I am looking forward to my retirement and spending more time with my wife and family, I will continue to closely follow the success of this great team and company.”

Hemsley’s successor, Howson, joined Cboe in 2017 as part of the Bats acquisition. He has helped drive and oversee various projects at the exchange, including the launch of Cboe LIS, Cboe Periodic Auctions and BXTR.

“David’s appointment reflects a long-established succession plan, and he is ready to lead Cboe Europe,” Tilly added. “He has spearheaded the development and execution of some of our most innovative product offerings, is well-respected by our clients and trading community, and is a strong leader with sound judgement. The future of Cboe Europe is bright with David at the helm.”