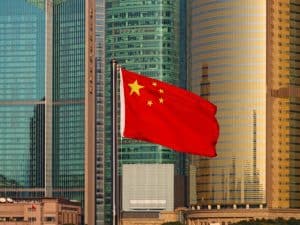 Despite being the world’s second-largest economy, China’s derivatives market accounts for just 1% of global derivatives market turnover, according to BIS data. That could be set to change, however, with the passing on 1 August of the country’s long-awaited Futures and Derivatives Law (FDL), which creates a framework for the trading of futures and derivatives onshore.

A key element of the FDL is inclusion of close-out netting, which can now be enforced under law – a key step that brings China into line with other major markets. ISDA has now recognised this with its own legal opinion, supporting the legislation.

Close-out netting is a technique used to determine obligations when one party in a derivatives transaction defaults. It allows counterparties to reduce these obligations into a single net payment, which significantly reduces credit risk – as of the end of 2021, according to BIS, the gross global market value of derivatives contracts was $12.4 trillion, while gross credit exposure was just $2.5 trillion. ISDA calls it “an indispensable pre-requisite” for safe and efficient derivatives markets, with more than 80 jurisdictions around the world now using the process.

According to ISDA CEO Scott O’Malia, the introduction of close-out netting in China represents an “historic milestone” that will give firms the certainty they need to trade derivatives with Chinese counterparts.

“By enshrining the enforceability of close-out netting in law, the FDL removes a significant barrier to the development of a well-functioning derivatives market.”

“By enshrining the enforceability of close-out netting in law, the FDL removes a significant barrier to the development of a well-functioning derivatives market, paving the way to greater domestic and international participation,” he said in a statement published on 1 August.

“Having a netting opinion available gives firms a high degree of legal certainty that netting is enforceable, giving them comfort to trade with Chinese firms, which in turn should encourage more participants and increase liquidity,” added Katherine Tew Darras, ISDA’s general counsel. “Managing credit risk on a net basis leads to significant efficiencies, which will mean more credit is available for firms looking to raise finance or hedge their exposures.”

However, the introduction of close-out netting throws up an unexpected roadblock in terms of regulation. There is less than a month to go until the final phase of the uncleared margin rules (UMR) regulation, which will bring the threshold for compliance down to an average aggregate notional amount (AANA) of just $8 billion. ISDA estimates that more than 775 new counterparties will fall under the UMR scope.

“Now that China has introduced close-out netting, it means that derivatives transactions with in-scope Chinese counterparties will lose their UMR exemption.”

The key point here is that margin rules in several markets – including the EU and UK – currently provide exemptions for trades with firms in non-netting jurisdictions. Now that China has introduced close-out netting, it means that derivatives transactions with in-scope Chinese counterparties will lose their exemption – creating a whole new pile of requirements including new documentation, new custodial relationships, and new processes to calculate the appropriate margin requirements. None of this is going to happen overnight.

ISDA has therefore written to regulators requesting an extension of UMR application for affected firms. The UK’s Prudential Regulation Authority (PRA) and Financial Conduct Authority (FCA) have been the first to respond, with proposals issued on 12 July for a six-month transition period.

Read more about the upcoming deadline in our Q2 feature: ‘UMR Phase 6: The time to prepare is yesterday’.