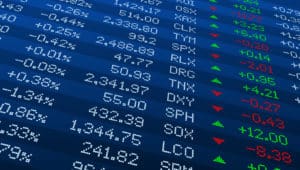 The Financial Stability Board (FSB) has reiterated the need for firms to prioritise their Libor transition to avoid a “pile up situation” at cessation date at the end of June 2023.

According to a report published by the board, the USD Libor transition is a top priority. As of the end of 2020, it was estimated that over $70 trillion of USD Libor exposures would remain outstanding beyond the cessation of remaining tenors after June next year.

“Over 90% of this exposure is in derivatives” the board said, “which can be addressed through adherence to the ISDA Protocol and CCP conversion events”.

Other remaining exposures include approximately $2 trillion in bonds and securitisations, $2 trillion in business loans, and $1 trillion in consumer loans which the FSB has said can be reduced through remediation activity.

“The recent extension of synthetic USD Libor is the very last step of the process. Financial institutions now have no choice but to fully familiarize themselves with new products using the risk-free rates,” said Didier Loiseau, global head of rates, bonds and credit at Murex.

“What made and still makes the adjustment challenging is that it’s quite simply the equivalent of replacing apples with oranges. The reality is that the new RFRs or alternative reference rates are fundamentally very different instruments.”

Across the pond, the UK’s Financial Conduct Authority (FCA) moved to use its powers under the Benchmarks Regulation (BMR) to temporarily extend publication until 2024 under an unrepresentative synthetic methodology in order to assist with legacy transitions, last month.

“While we consider synthetic Libor a fair and reasonable approximation of what LIBOR might have been, it will no longer be representative for the purposes of the BMR. It is not for use in new contracts. It is intended for use in certain legacy contracts only,” the watchdog emphasised.

« The TRADE predictions series 2023: Market structure and regulation, part one