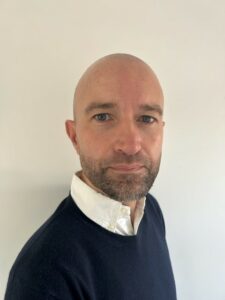 What will most impact the post-trade space in the next 12 months?

We think the biggest single change to the clearing landscape across equities and derivatives will be the impact of Euronext’s CCP migration, moving from LSEG’s LCH SA unit to an in-house CCP called Euronext Clearing. The market hasn’t ever seen such a mass migration of clearing from one CCP to another in a mandatory form, and on such a short timeline; it is unprecedented.

Everything we’ve seen in the past decade has been small exchanges making changes on the back of M&A, which has taken some time to execute or has been discretionary. The change is logical if you’re an exchange that doesn’t want to embrace true CCP interoperability and you have a CCP within the group that you want to build out, especially when you are using the services of a CCP that forms part of another exchange group. That said, the timelines Euronext has proposed are relatively aggressive.

What impact will the ongoing Euronext Clearing migration project have on Cboe Clear Europe?

We are able to clear cash equities on Euronext venues under the Open Access provisions in Mifir, and so the Euronext Clearing project should not change that. Whilst they haven’t adopted an interoperable model, Euronext have embraced Open Access, a provision we believe will remain untouched for cash equities in the Mifir Review, which is designed to promote the competitiveness of EU capital markets. We believe a competitive clearing environment is an essential element of achieving that – and to making EU capital markets more attractive to investors generally.

Being more specific, we utilise the preferred clearing model on Euronext markets, which means both counterparties must select us if we are to clear a trade. We have seen a strong uptake of this service in the last two to three years: Last year, on the core Euronext venues outside Milan, we cleared 51.6 million trades, versus 8.9 million in 2021 – representing around 16% market share at the end of 2022. As long as we continue this upward trend, the impact will likely be that clients look to us as the main alternative to Euronext Clearing because of the concerns around the exchange group creating a new vertical silo. Clients want more clearing competition in Europe and Cboe Clear Europe has been extremely successful at bringing this about.

In terms of the industry as a whole, the impact of Euronext’s plans will be significant, as they’re driving the mandatory migration of clearing from one CCP to another on an ambitious timetable. A lot of clients look at CCPs naturally as critical pieces of market infrastructure and onboarding a new one is a major initiative. Many clients will have to onboard Euronext Clearing as a new CCP in new regions and so the impact will be significant.

What are some of the key regulatory topics that you expect to have an impact in 2023?

There are three reviews in flight, Emir, Mifir and CSDR. Emir is probably the one that will affect us the most. We’re still reviewing the European Commission’s recent proposal in detail, but its general intent is to improve the resilience of EU CCPs and make it more attractive to clear EU products with EU-domiciled CCPs– with a particular focus on interest rate swaps. As Cboe Clear Europe doesn’t clear these products, this aspect of the proposal doesn’t affect us directly. Our priorities are  to make sure the review does not impact current interoperability/pro-competition arrangements in cash equities, and to ensure the supervisory framework supports resilience and enables innovation. In Mifir, the continuation of Open Access for cash equities is our main focus and ensuring the EU continues with that philosophy. We don’t want any kind of opportunity for exchange groups to reverse what we’ve achieved in the last 10 years in terms of clearing competition. Our venue access now constitutes roughly 95% of all on-venue equity trading in Europe, which has helped us to lower post-trade costs significantly. But there are still lots of things we can do to bring further efficiencies to clients.

For CSDR, we did a lot of work when it first went live at the start of 2022 where we operated a penalties collections service for the industry on late settlements. The CSDR Refit has relieved us of that collection responsibility, which in theory is a good thing and puts the onus on CSDs to control it all. The other key part of CSDR is the ongoing conversation around mandatory buy-ins which were suspended pending further discussion. There are now discussions around discretionary buy-ins, or buy-ins on certain asset classes, so we’re keeping an eye on that to see how that impacts us, especially as we were considering whether to become a buying agent under the original regime. We are seeing settlement efficiency improve. Industry efforts to comply with CSDR in the last 12 months are going in the right direction and client behaviour is improving but fines for late settlement remain high.

What role do you think Brexit is playing in the recent proposals around post trade?

Brexit is obviously playing a key role in post-trade markets, with the political desire to attract more clearing into the EU very evident in the Emir review. Given that, part of our focus around EMIR will be to ensure that it enhances the regulatory framework around CCPs in a manner that promotes both safety and innovation. There have been continuous extensions on CCP equivalence, both on the EU and UK side, which has limited any sort of widespread impact to date on the clearing landscape. As an EU-based CCP, we do need to secure UK equivalence with the Bank of England. We are currently part of the UK’s temporary recognition regime, which expires at the end of 2024, and are in advanced conversations with the Bank of England to make that temporary condition permanent so we can continue our services in the UK.

« The digital asset dilemma: How to overcome barriers to institutional involvement