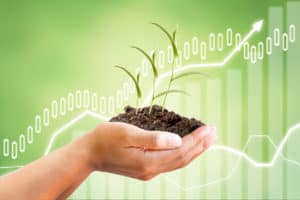 Environmental, social and governance (ESG) principles should eventually become part of best execution for trading FX, says Eric Huttman, CEO of MillTechFX, but first the industry needs to figure out the total carbon footprint of all participants in an FX trade.

Speaking to The TRADE, Huttman who heads up the independent multi-bank FX marketplace, says ultimately, ESG principles will be a factor in best execution. A lot of work has already gone into the ‘G’ in ESG, he says, by increasing governance in FX execution using Transaction Cost Analysis (TCA).

“We’re seeing a lot of demand from our client base to demonstrate governance in a clear way,” he explains. “We provide TCA as an independent audit from BestX so there is no conflict of interest.”

But assessing the environmental impact of FX trading is still relatively new, says Huttman. “We’re still trying to better understand what the carbon cost is. The first step is to quantify how existing FX offerings impact carbon emissions and measure it, just like we measure execution costs through TCA.”

While MillTechFX has quantified its own carbon footprint and offset it, Huttman said an FX trade that comes from a client doesn’t just touch us, it also touches liquidity providing banks, transaction banks, custodians and other entities. “It’s the carbon footprint of these tentacles that we need to measure.”

As we move into 2022, Huttman says we can expect to see growing demand for green products such as ESG-linked FX derivatives. “But we need to be careful it is not seen as corporate greenwashing,” he adds.

With respect to TCA and best execution in FX, while this concept is widely understood by asset managers that trade FX as part of their investment strategy, Huttman says TCA is still quite nebulous for those firms that trade FX simply as a biproduct of buying and selling securities in different currencies.

These firms, he says, find it difficult to orchestrate best execution because they are largely wedded to one liquidity provider and don’t have the trading volumes or large teams of traders to compare prices and obtain more competitive rates.

Research published in November by National Australia Bank (NAB) and the ACI found that almost 40% of buy-side firms don’t track FX execution quality, including 27% of fund managers, 31% of equities managers, and 44% of fixed income managers. The findings were published in a report titled, The Grey Costs of FX: How far to true best execution?

But while transparency in the opaque $6.6 trillion a day FX OTC market has improved in recent years, Huttman says innovation has been “bar-belled,” with a lot of innovation concentrated in the retail FX trading space and at the wholesale, institutional end. “For the institutional market, you’ve got usage of different electronic trading tools such as aggregators and algos, which has increased transparency, but for those in the middle, transparency still remains an issue.”