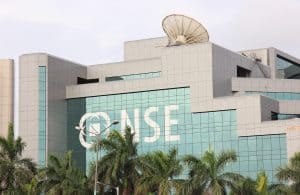 The National Stock Exchange of India (NSE) has surpassed US exchange group CME to become the largest derivatives exchange globally by trading volume, statistics from the Futures Industry Association (FIA) have revealed.

According to the trade body, 2019 was a record year of activity as trading in global exchange-traded derivatives markets surged 13.7% to a record 34.47 billion contracts. Futures volumes increased 12% year-on-year to 19.24 billion contracts, while options contracts rose 16% to 15.23 billion.

India’s NSE traded 6 billion contracts in 2019, up a significant 58% from the year prior, making it the largest exchange operator. CME Group fell behind NSE with volume in 2019 after reaching 4.83 billion, around the same amount as last year, FIA said.

Elsewhere, Intercontinental Exchange (ICE) ranked as the fourth largest exchange behind Brazil’s B3, after it saw trading volume fall 9% in 2019 to 2.26 billion contracts, due to lower activity across its exchanges in Europe, the US and Asia-Pacific. Eurex Exchange was listed as the fifth largest exchange by volume, after trading 1.96 billion contracts in 2019, around the same as the year prior.

Regionally, FIA said that exchanges in Asia-Pacific grew the most during the year, and the number of contracts traded across the region’s exchanges totalled 14.49 billion contracts, up 29.1% from last year. At the same time, trading in the US and Europe declined 2.8% and 4.4% respectively.

Finally, open interest reached a new record at the end of 2019 of 900 million contracts, an 8.8% increase on the year prior. Open Interest measures the number of contracts outstanding.

FIA said it compiled the data on volume and open interest from 80 exchanges operated by 52 companies across 34 countries. The group added the statistics are based on the number of contracts traded and/or cleared on these exchanges to avoid potential double counting.