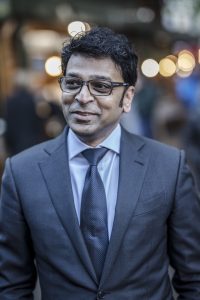 “There is nothing more challenging and relevant now than the aggregation of fragmented liquidity in all asset classes, especially in fixed income,” says Miles Kumaresan, global head of trading and FinTech at Nordea Asset Management. “I’m consumed with this problem.”

Enhancing Nordea’s ability to source liquidity in the fixed-income markets, particularly in the credit space, is the most prominent conundrum facing Kumaresan. Having spent the bulk of his career with investment banks and hedge funds, Kumaresan is now applying his experience with the Copenhagen-based asset manager, having joined the firm in February 2016 with the dual responsibility for Nordea’s trading and technology teams.

“I was never a born trader,” he says. “I was one of these guys who could create tools to help with execution. Everything that we are doing now is to create tools; where they already exist we will use them, but if they don’t exist then we will create specialist tools for the traders, either in liquid or illiquid brackets. This is what we do.”

It is, of course, a futile exercise to implement technology tools without the right teams in place to use them. As well as its 26 traders located in Copenhagen, Bergen and Stockholm, Nordea has invested in a five-person trading research and development team and a five-person IT team focused on trading, a reflection of the company’s recognition that technological innovation is critical to staying competitive.

An efficient trading operation requires a diverse set of traders, ranging from classical to quantitative, to enable it to thrive. Kumaresan says that Nordea has a strong base of experienced traders to which it has added three junior traders with strong quantitative and IT skills, brought in last year.

“Everyone in trading has their skills enhanced continuously wherever they are lagging,” he adds. “This is how we were able to retain all of our traders during transition and leverage off their depth of experience. Stacking the desk with only cheaper junior talents was never an option.”

The first thing to take care of in the process is risk rather than reward, according to Kumaresan. Operational mistakes can occur extremely easily with manual repetitive tasks and some of these errors can be very costly. “You need to automate all the operational instructions at every part of the pipeline, starting at the order source, all the way down to it hitting the trading desk,” he says.

Nordea’s trading structure has evolved throughout the two years Kumaresan has been with the firm, the primary of which is the division of teams by instrument liquidity across asset classes first and then by specialisation.

Orders traded in the new cross-asset “Liquid Trading Desk” are suitable for automatic routing to brokers with either zero or very low touch, using what Kumaresan calls a proprietary systematic model that plugs directly into its FlexTrade execution management system. This frees up the high touch trading teams to add value on demanding orders.

The asset manager also has specific teams dealing with high touch trading where specialist knowledge and human involvement can be required. But, even here, traders are given tools in line with the technology-driven focus of the company.

Fixed income traders, for example, use tools that aggregate real-time and historic market data sets to assist with price and liquidity discovery. In equities, the company is developing a model to price liquidity in very large orders to help traders with large blocks. 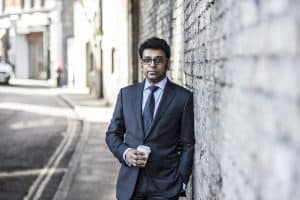 Artificial intelligence (AI) is currently the technology de jour for the majority on the buy-side and Nordea is no exception. The firm currently uses AI within its pre-trade workflow automation processes to detect erroneous data and ensure data integrity, particularly useful with these types of problems as AI can capture far more obscure data errors that occur in the pre-trade process.

AI in trading still remains a somewhat slippery entity; while there are some impressive AI systems out there, Kumaresan says that much of this is simply “what used to be called statistics a couple of years ago.” Having spent the greater part of his academic years studying computer sciences and having attained a Master of Philosophy degree in AI and Robotics, Kumaresan doesn’t impress easily when it comes to the AI label that can often be erroneously applied in the FinTech space.

“Having built AI for a long time in other contexts my view is that the majority of the technology with the AI sticker is mere snake oil,” he says. “Therefore, I am a little hesitant in using the word AI.”

And he says that having AI replace humans for trading is “absolutely not” likely in the foreseeable future: “AI can beat chess grand masters because chess has clear states, structure and rules. Trading, on the other hand, requires complex higher level decision making based on vast amounts of mostly noisy and ambiguous information. Therefore, I expect execution to remain an inalienable prerogative of human traders for a long time to come,” he says.

Nordea also has models to normalise trade slippage, to convert raw slippage data into a form that is comparable across metrics in order to conduct accurate comparative analysis. This analysis fuels another real-time statistical decision-making engine that assists in deciding who to trade with and what execution method to employ on orders suitable for zero and low touch trading.

Another project underway at the firm is the development of a complex contingent trading framework across asset classes, which calls on portfolio managers to use structured rules to build up high-level trading instructions.

So with all this technology, how close is the market to solving the original puzzle of liquidity? 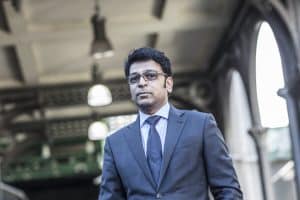 Equities may have its fair share of challenges in aggregating liquidity across lit and dark venues; however, liquidity in equity markets is a relatively predictable phenomenon, mostly due to price transparency. Foreign exchange, meanwhile, still has its antiquated mores—in particular the last-look practice that distorts the true liquidity picture.

The real liquidity problem lies in fixed income. Finding liquidity in the fixed income markets, specifically in credit, has become one of the most enduring puzzles across the buy-side. Credit liquidity is fragmented and discontinuous across both price and time partly due to the infrequent trading property of corporate bonds, explains Kumaresan, which is not helped by the fact there are over ten thousand ISINs in Europe and twice that number in the US.

“Fixed income is still in the dark ages in a technological context,” says Kumaresan. “Before the crisis, banks had all the balance sheet needed to price a wider range of bonds in size. Now you have the same trading structure even though the sell-side can no longer carry big inventory.”

The more advanced segments of the sell-side have been trying to make up for the shortcoming of diminished inventory through technological and quantitative innovation—for example, by automatically pricing a large universe of bonds in order to offer tradable streaming prices. Kumaresan believes this is a “is a big step in the right direction,” with innovations of this kind becoming critical going forward in retaining the role as providers of easy liquidity.

“The new reality of the market structure warrants a new trading paradigm,” says Kumaresan. “Just because we get the majority of our orders done on the first day does not imply that the market is liquid or that the prices we got were good. It is merely the best price given the circumstances. I believe that, particularly in credit, the buy side becoming price makers on the names in which we have a natural interest in, through all-to-all trading, is critical to generate and attract liquidity. This active way of sourcing liquidity could become a real disruptive event in credit.” 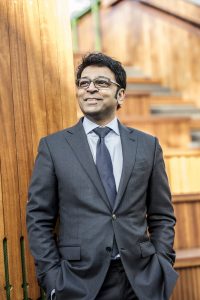 The need to find better ways to trade in fixed income has been addressed by platforms such as MarketAxess, Tradeweb, Liquidnet and Trumid, as well as the many other electronic venues attempting to make all-to-all trading possible. Rather than solving the puzzle, the proliferation of venues has had a very different consequence— namely of greater liquidity fragmentation, says Kumaresan.

As yet there remains no single universal trading protocol that suits all the different types of fixed income order sizes and names. Each venue is currently attempting to solve the order matching problem differently with an emphasis on different segments of the liquidity and size spectrum.

“While the classical RFQ (request- for-quote) trading protocol, used by MarketAxess, is good for somewhat smaller orders and for the more liquid end of the universe it is not suitable for very large orders or illiquid names, because the information leakage is too high with this approach,” says Kumaresan.

“The Liquidnet and Trumid protocols, on the other hand, leak less information but finding a match manually is more difficult. If a protocol is stealthy, then by definition, the low information leakage will also reduce the chances of spotting that liquidity. The key to solving the liquidity puzzle is to embrace all useful trading venues and protocols through a smart liquidity seeking algorithm.”

There is, of course, the argument that buy-side trades are too correlated to enable the all-to-all market to work, because how do you find a seller when everyone else wants to buy too? But Kumaresan disputes the correlation argument.

“While there is a fair level of correlation, the mere fact that sell-side market makers typically turn over most of their books within five days implies that there is sufficient interest on the opposite side of a trade within this small time window,” he says. “Given that the buyside has 95% plus of the liquidity, we are most likely the ones on the opposite side too, helping turn over sell-side books. This would imply that we are not as correlated as we may think.”

Clearly there is still much work to do in order to meet the demand for a new class of technology that can aggregate the vast quantities of data in the fixed income market, while also enhancing workflows in a seamless manner and introducing a smart liquidity-seeking algorithm.

While that is no small task to take on, the pace of technology innovation has undoubtedly spiked in recent years, meaning traders can often be spoilt for choice when it comes to selecting systems – albeit with the caveat that while good systems, they do not provide a seamless workflow. As Kumaresan puts it: “Empowering traders with technology tools is how one gets an edge. It’s like hunting; even if you are a great hunter you still need the tools to get the job done.”