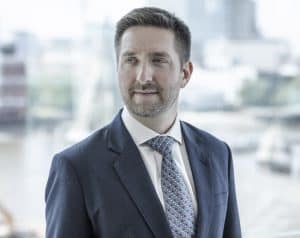 In many ways Neil Joseph is a perfect advert for career mobility at JP Morgan Asset Management. The firm’s European head of equity trading first joined the business around the turn of the millennium on a placement year during his university studies, about the same time that JP Morgan was being acquired by Chase Manhattan in a $30 billion deal.

Clearly the firm made a good impression on Joseph, who, freshly armed with a degree in Business Computing, re-joined the firm in 2002 as part of its graduate training scheme within the investment banking technology team working on fixed income.

“After two years I moved over to asset management where I worked on trading technology, which was a really interesting time for me,” he says. “That’s where I started to get my interest in the trading side of what was going on.

“At that time there were a lot of different changes going on in the trading space, so I was able to partner with the desk and work with them on the design of their future technology landscape and relevant platforms to address those changes that were happening both on the desk and in the wider industry.”

Fifteen years after starting his initial role with JP Morgan, Joseph now heads up the European equity trading desk for the asset management business based on the northern embankment of London’s River Thames. But his earlier work with the technology side of JP Morgan Asset Management has formed a consistent vein running throughout his career and still represents a significant part of his remit for the desk.

Within two years of joining the asset management side of the business, Joseph had delivered implementation of a fully FIX-integrated execution management system and its first transaction-cost analysis system in the run-up to the arrival of the first MiFID regime in late 2007. The challenges that the new regulatory environment threw up for Joseph and his colleagues at the time were mitigated through the adoption and continued development of these technologies designed to optimise efficacy and execution.

“Having delivered the relevant tools that we needed in terms of execution management systems connected through FIX and enhancements to our own proprietary order management systems, we then turned our focus to automation, which was exciting,” Joseph recalls.

“We implemented our first automated trading system in July 2009, which was probably one of the first implementations of its kind. People now talk about the ‘algo wheel’ – whereby as well as electing an algo it also selects the broker to use, giving consistent data for analytics and removing trader behavioural bias – and I think we were relatively early in building this type of functionality.” 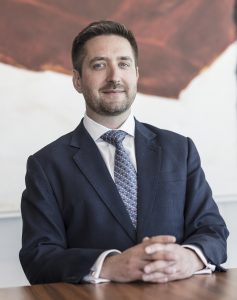 Joseph transferred to the JP Morgan Asset Management trading desk in 2010, which now trades all European equity orders regardless of where that order came from globally, comprised of three developed market specialists, two emerging market specialists, and three program and automated traders. And Joseph, of course, who says that the desk is roughly divided into two main groups.

“I think of people as being either part of program and automated trading – those who handles orders in aggregate, either looking at automated orders and working on an almost exception management basis, adding value to a number of orders in aggregate that are being automated – and specialist traders, who typicall

y handle more illiquid orders which can be around two days’ volume on average, so it’s very much a specialist role,” he explains.

No trading desk stays the same for very long, particularly not one operating under a name like JP Morgan. The organisational structure of the desk itself may have evolved over time but it is the way in which the various parts interact that has been both the biggest change and differentiator, as well as working closely with other teams. Technologists and the analytics team are co-located on the trading desk in order to develop a harmonised approach to new challenges or the development of new tools, which Joseph says has been fundamental as the desk handles increasing levels of orders and volumes.

“For instance, in EMEA the number of orders per trader has increased by 70% over the last three years.” he says. “It’s a testament to our overall setup that during that same period we have seen an improvement on our implementation shortfall of 6% as well. This is down to a mix of highly-skilled traders, well-deployed technologists and a well-resourced analytics team.”

Automation, according to Joseph, is a key tool here and he acknowledges the skill and investment resources of the firm at his disposal, specifically when tackling largescale projects such as the implementation of MiFID II or managing increasing volumes. This year the firm implemented the ability to automatically trade liquid cash flows across its EMEA operations, where cash flows sub $100 million can be traded 100% autonomously, freeing up traders’ time for more complex work. Joseph notes that in addition to more orders per trader, the notional traded per head over a five-year period is set to be an increase of 270%.

“We need to be able to handle that kind of trajectory,” he asserts. “The number of programs we have traded over the past two years has gone up by 1

0%, so we need to find solutions to allow traders to continue adding value in terms of keeping costs down while handling more volume and complexity.”

While most of the industry prepared well enough in advance of the arrival of MiFID II on 3 January this year to mitigate major negative impacts, the effects on the trading desk have been noticeable so far. Joseph says that for Q1 this year there was a 30% increase in trades done via the cash desk and a 10% decrease on electronic trading when compared with the same period last year, although this was a gradual change rather than an immediate one as industry prepared for the new regulatory regime.

“People might have been thinking a lot about the double volume caps that were published in mid- March,” Joseph says. “It could be down to a number of different factors, but from our perspective the channels we found the most efficient to trade through started to adjust. The proportion traded electronically went back up 10% this year, post-DVCs versus pre-DVCs and the proportion traded on the cash desks decreased by 10% versus pre-DVCs.”

While the organisation make-up of the trading desk and the way it utilises technology may have changed over time, not to mention those increasing volumes and the new regulatory operating environment, the way in which Joseph’s desk handles new challenges is very much a blend of experience and resources working in tandem to make the most of new opportunities.

“We have up-skilled our trading desk, where they have been mandated and required this year to take courses in agile methodologies, the foundations of programming and machine learning, so that everyone starts to talk the same language,” he says.

“It doesn’t mean that everyone on the desk can code – some have a technology background like myself – but it gives a complimentary skill set. It means we have this agile, incremental, iterative delivery, which makes us very nimble, making us well-placed to embrace future challenges.” 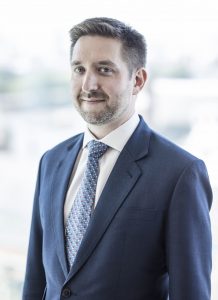 “One of the things we are working on is a targeted notification system that will alert portfolio managers to any relevant liquidity opportunities or news events,” he offers as an example. “As a trader supplies details of block liquidity or specific news events the system will automatically calculate the relevance of the information to every portfolio manager and appropriately target those to which it is most relevant. “

The targeted notifications systems is being built on JP Morgan’s proprietary Spectrum platform, in use across the business’ portfolio implementation and trading, but Joseph also highlights the support of the trading experience in this area. The relationships both on the desk and with other teams in the asset management business and wider JP Morgan structure play a vital role here, especially when turnaround times are thin and rapid delivery is paramount as the market structure changes and throws up new challenges.

“Every accomplishment on the desk, particularly significant ones, feels like a highlight,” he says. “As the job changes, being able to innovate as a group with different teams makes every day exciting. Every individual challenge met, be it a small everyday challenge or something like preparing for MiFID II and implementing that the way we wanted and needed to, is a great accomplishment for the team and the desk.”

Joseph and his team give short shrift to much of the noise around new and emerging technologies, the foremost of which in the asset management world at the moment is artificial intelligence (AI). Joseph says that while the desk has adopted and used forms of machine learning for some years, much of what is currently available in terms of AI functionality simply isn’t applicable for this kind of work.

As Joseph points out, there is still a lot of value in specific facets of machine learning, not just on the European equity trading desk. In April, The TRADE revealed that JP Morgan Asset Management’s Asia Pacific desk had developed a new model based on machine learning to make the execution of orders more efficient and less expensive.

The model currently provides recommendations to human traders, but it is increasingly taking over an automated role in executing  transactions and the Asia Pacific equity trading team is now targeting to have around 50% of the notional value of all regional trading activity automated with the machine learning model by end the of the year.

Whether similar models are implemented in Europe remains to be seen, but Joseph underlines that the business has been using machine learning techniques for some time already, particularly in the field of performance-based broker distribution for algorithms, but the real challenge is to now apply these techniques around hard-to-define rule sets, where there is sufficient data available.

The desk has used machine learning in predicting some aspects of risk pricing for a number of years, but the real acid test for Joseph is how the technology ultimately fits into the ethos and objectives of the desk.

“When we think about what we are trying to achieve we primarily think about lower trading costs, minimising risk, being consistent and scalable, and being integrated and proactive with our portfolio managers”, he says.

“Everything we build addresses one or more of these items. A lot of those factors are addressed by close collaboration between trading, technology and analytics, partly working on this ‘operate, automate, optimise’ strategy.”

A keen skier and cyclist, Joseph is no stranger to taking on new challenges, although he says he spends more time teaching his young son to ride a bike than in the saddle himself these days. He lists climbing Tanzania’s Mount Kilimanjaro in 2011 as one of his greatest personal accomplishments, and when combined with his experience at JP Morgan Asset Management, that drive to scale the highest peaks and adopt new technologies will surely put the firm’s equities trading desk in good stead for whatever the future throws at him.

« LCH gains approval to act as CCP in Mexico