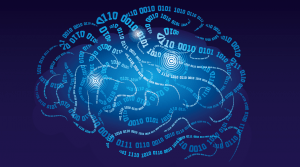 Transaction cost analysis (TCA) data on the performance of algorithms in foreign exchange (FX) is proving a hit with the buy-side.

Speaking at TradeTech FX Europe in Barcelona, a panel of FX market participants agreed that the use of algorithms will likely increase. However, uptake has been slow on the buy-side despite the market moving towards an equities style through more automation.

“We were early participants in the algorithm space at Schroders,” said Gordon Noonan, head of FX trading at Schroders Investment Management. “I’ve seen a lot of peers over the past six months or so, who in the past have told me they would never use algorithms, beginning to ask questions.”

“BestX, our TCA provider, has analytics on algo performance, so I can see and estimate with reasonable confidence when comparing various data points if one algo is better than another, and that wasn’t the case two or three years ago.”

The panel, which consisted of buy- and sell-side market participants, as well as a technology vendor, agreed that fragmentation in FX is a cause of frustration across the industry, especially for market takers that provide algo services.

“The market is moving more towards algorithms and equities style, and there are numerous events that took place where that particular segment was really going to take off,” added Giuseppe Nuti, head of rates at UBS.

“But the reality now is that a lot of trades happen on a principal basis with the same counterparties that firms have been using for five or six years. There is an oversupply for small sized trades and allocation for larger sized trades, which is problematic with less market maker appetite for risk.”

A survey from JP Morgan last year of 200 institutional FX traders found that 38% were planning to increase their adoption of algos over the next year. Although many trader expressed the need for algos to be customisable to suit their order and trading style, something which traditionally standard algos do not provide.