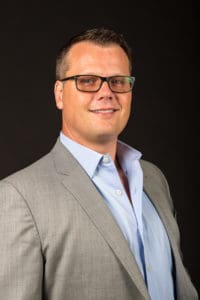 FX specialist and serial entrepreneur, Mark Smith, was cautious on Bitcoin as a new concept back in 2009. Given his years in foreign exchange, he tells me his initial thought was that it was “some kind of computer science project” and was astonished anyone would refer to it as a legitimate currency.

But it was a firm insistence and vouching from famed cryptocurrency investor Michael Novogratz which would go on to change the direction of Smith’s career for the years to come.  “I heard you’re looking for some new technology – well, it’s Bitcoin,” Novogratz informed him, years before the concept became mainstream. So Smith took another look Bitcoin and blockchain, talking to clients, researching, understanding the Byzantine General’s problem proof, double spending and then – he says – the lightbulb went on.

More than a decade later, Smith and his eight-year-old FinTech Symbiont have patiently waded through the complexities of capital markets innovation to partner with asset management giant Vanguard, alongside the likes of State Street, Citi, BNY Mellon and Nasdaq.

Through its partnership with Vanguard, two major developments have occurred. The first a pilot designed to digitise the issuance of asset-backed securities (ABS), and the second a widely commended project completing the margin calculation process for a live trade of a 30-day foreign exchange forward contract through the use of distributed ledger technology (DLT).

“We’ve also modernised the management of our index funds that track CRSP indexes by running our data processes via Symbiont’s DLT software.”

Rather than the traditional innovation pattern of asset managers being steered by their service providers, Smith and Symbiont have looked to flip the script and put the power with the asset manager. The concept enables them to lead the innovation and bring their services providers along for the ride. This is a difficult proposition, particularly when approaching custodians who – aside from the past four years or so – have been a difficult sell on partnerships with DLT start-ups, with the difficulty beginning with getting through the door and never really letting up from there.

“We talk about Vanguard being willing to be the tip of the spear,” Smith adds. “Take the risk, make the investment to benefit the whole market, because what they’re doing is going to be applied to everybody else that wants to use.

“Being willing to do things for the betterment of the market itself is a unique thing, and when it’s someone as big as Vanguard, well, you know you kind of keep yourself embedded as hard as you can and perform as best you can, and eventually it’ll all tip and it’ll going to be fantastic.”

Vanguard told The TRADE it sees a wide range of practical applications of DLT and smart contracts, with the technologies improving market structure by reducing risk, increasing automation, and mitigating counterparty disputes, all of which contribute to lower costs, increased speed, and improved outcomes for investors.

“The platform we’ve partnered with Symbiont to build has the potential to drive numerous improvements in the capital markets,” added Pennington.

The FX innovation involving Symbiont, Vanguard and State Street is intriguing. Their goal was to bring post-trade workflow automation and efficiencies while significantly reducing the amount of counterparty credit risk in the over-the-counter currency market. Harnessing the benefits of blockchain technology within the largely manual currency forwards market will eventually enable the underlying contracts to also be instantiated, signed, executed and documented on a single unalterable record, digitally securing the trades and allowing for automation over their duration.

By deploying these contracts on DLT, more frequent and automated valuations can be facilitated. In addition, the move allows parties in the network to move and settle collateral instantly, which in turn reduces counterparty risk and streamlines processes for those forwards that are not cleared and subject to margining.

Through Assembly – Symbiont’s blockchain platform for building and running decentralised applications – Smith and his team have looked to build an enterprise product that is compliant, can scale and has the proper privacy and confidentiality features. He believed, from the outset, that this was the way the start-up could empower incumbent financial services providers to take advantage of – what in 2013 was seen as a ‘powerful new, early game technology’ – and enable them to transform their business into the digital future.

“You need privacy and confidentiality in order for it to be used by institutions, which of course goes against public blockchains, because they’re not supposed to be private at all. The point is they’re supposed to be public and open,” Smith explains. “But for institutional capital markets and finance, you have to privacy and confidentiality, that’s just table stakes of what you’re doing.

“And you have to also be able to store data in a database, which is a novel concept of the distributed ledger space because most people don’t store them with data, they store hashes and they keep the data in a third-party database somewhere.

“The thought is: building networks is hard and it creates a need for a coalition of the willing to join and run these nodes to create these decentralised networks and if you don’t use cryptocurrency to incentivise someone for running the load. Then why are they running it? And the answer was out there: so you can service your clients. Vanguard is being serviced by data providers and counterparty banks for trades, exchanges, clearing houses and custodians. Then that makes it a network, if you just get each of them to join to support Vanguard.”

Smith has been patient on his journey. Having built and sold businesses in just a few years in the past, he knew blockchain in the financial markets would be a longer excursion. In fact, he’s spent double that time courting State Street, in what has been a six-year process since first knocking on the door of the custodian. But while custodians and other service providers remain on his radar for the future, Smith says asset managers have – and always will – be Symbiont’s focus, because with this technology “the tail wags the dog”.

“Asset managers historically have been boxed out of technological innovation, and they’ve just been subject to whatever the vendor creates or whatever their sell side provider will give them in the form of tools,” he concludes.

The idea now – for the first time – that they can be on a level playing field with the service providers, the sell-side, the custodians, and have that same experience as everybody else and build products that they want really is an interesting value proposition that they haven’t considered.

We’ve got Vanguard enabled in the cloud and we showed them how to integrate, be nimble and they’ve been amazing partners, so I think that’s going to continue to happen as every asset manager realises they can have a seat at the table, share data and create.”

« Transitions away from LIBOR are showing progress, finds Bloomberg