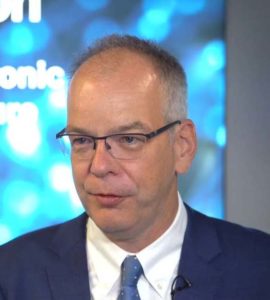 Thinking about how integral FIX protocol has become to electronic trading, it’s interesting to reflect on the long journey that has brought us to where we are today. FIX started out as an experiment between Salomon Brothers and Fidelity in the fledgling days of electronic trading with the aim of automating the sending of execution reports and IOI transmissions.

Initially dubbed SBX (Salomon Brothers Exchange), the protocol was first used in anger during 1993. Recognising its potential value to the industry, Salomon and Fidelity looked to extend the community, inviting Goldman Sachs and Putnam to join the initiative.

At the first meeting someone was smart enough to point out that Salomon’s branding might prove an obstacle to adoption by other broker-dealers. The name was swiftly changed to the Financial Information Exchange Protocol, or FIX, as it’s more commonly known.

In 1995 the first public version of the specification, written by Robert Lamoureux and Chris Morstatt, was released as FIX.2.7. It included the session layer and application messages covering the original execution reporting and IOI distribution, but also added messages to support orders, order modification and cancellation, basic list functionality, and a rudimentary exchange of allocation information.

The spec was 50-pages long, but just six of those pages addressed the business use of the 17 application messages. It offered a mere 103 fields and only supported equities. Unwittingly creating challenges that would later pose problems, this early version used some of the message types for multiple purposes.

In contrast, the 2020 spec is so large that the FIX technical committee has split it into multiple volumes and introduced a machine-readable format, FIX Orchestra. The current spec contains 168 messages and 7,868 fields, covering all asset classes. It also supports a far richer set of functionality and electronic trading workflow.

This partly reflects how sophisticated and pervasive electronic trading has become since those pioneering days, but also how FIX has evolved into a compelling industry standard for enabling electronic message exchange.

Following the proof-of-concept between Salomon and Fidelity, FIX started handling the submission order, order modifications and cancels, and allocations electronically. Adoption grew as electronic trading became more widespread, which, by 1998, had become firmly established. By then, many of the orders passing through the electronic trading desk at Salomon’s were not touched by sales traders. The industry was inexorably heading towards a world where trader intervention would be on an exception management basis only.

FIX has helped to accelerate changes in market structure. Rapidly gaining traction as the industry moved away from a screen and phone-based environment, the increasing prevalence of FIX made it an obvious choice as the messaging protocol for new trading venues.

The sanctioning of electronic communication networks (ECNs) in 1998 and subsequent US market decimalisation in 2001 accelerated the spread of electronic trading and use of algorithms, as did further liquidity fragmentation resulting from Reg NMS and MiFID I in the US and Europe.

While the established stock exchanges had grown up in a non-competitive environment with little incentive to collaborate over common standards, the plethora of new alternative trading venues, such as ECNs and multilateral trading facilities (MTFs), looked to minimise obstacles to growth, often adopting FIX as their primary connectivity solution to lower the effort of onboarding brokers.

With FIX adoption resulting in efficiency gains within equity trading, broadening to other asset classes was a natural evolution. Today, FIX is the dominant standard in equities and widely used in fixed income, derivatives, and forex. It has become the de facto messaging standard for pre-trade and trade communication, supporting order workflow, market data and price dissemination, and increasingly post-trade workflow as the industry strives for greater automation.

FIX has undoubtedly delivered significant efficiency to the industry over the years. But, looking forward, what more can be done to maintain its relevance and generate value?

Electronic trading has transformed capital markets for the better, but increased electronification along with changes to market structure and regulatory oversight have drastically compressed commissions.

Regulation has also added significant cost overhead, as has connecting to ever more fragmenting liquidity. The result is a sell-side industry that operates on increasingly thin margins and a consolidating broker community that is not necessarily healthy for the wider market. Standards should champion increased efficiency and drive down costs – with the global COVID-19 pandemic suggesting turbulent times ahead, the need to reduce operating costs and protect margins is more acute than ever.

But, despite the ubiquitous nature of electronic counterparty connectivity and order flow, there is still considerable friction in the system. Models for new trading processes are not well documented, leading to protracted alignment processes. Onboarding and conformance testing are time consuming and still require significant manual intervention.

The industry needs to complete the journey to standardisation, enabling far greater levels of automation and cost efficiency, and extending the model to include the binary, often proprietary, protocols favoured by high-frequency trading (HFT) firms and their preferred venues.

Currently, the FIX Trading Community Global Technical Committee is looking to address this through its Orchestra initiative, with the aim of creating a standard for machine-readable rules of engagement between counterparties. We believe tools such as Orchestra can only help this, and I am a major advocate of removing cost and complexity from electronic trading workflow.

Greater automation and higher levels of interoperability should be the next phase of evolution for FIX, along with the development of tools that put more control in the hands of the end-client, with brokers growing increasingly comfortable ceding tasks to the buy-side. This can drive further cost efficiencies while also helping position brokers as a genuine partner in helping clients achieve their execution objectives.

FIX has come a long way in achieving its original vision of making trading more efficient. It has succeeded beyond the wildest imagination of those of us that were involved in the initial efforts to get the idea off the ground. I think we can see a clear path ahead for what still needs to be achieved.

Ultimately, the nirvana is a frictionless world of electronic trading where connectivity engineers are only involved on an exception management basis, allowing firms to redeploy valuable resources elsewhere. In many ways this will mirror the role of the sales traders, once the focal point for client orders, but today only involved in the largest trades or when something goes wrong.