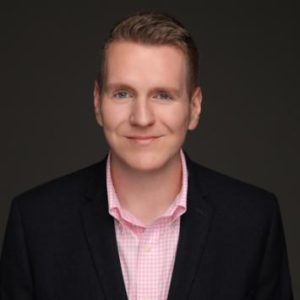 Should there be a consolidated tape?

I certainly think that there could be a need for a consolidated tape for European markets, but it needs to balance costs and benefits optimally and add something that is truly valuable for market participants. The level of frequency of the data in the consolidated tape will also affect the price and therefore its usefulness.

I do not see the viability for a consolidated tape of pre-trade information for a number of reasons. Firstly, retail participants would be worse off as they would see liquidity in the tape that they cannot access, given some liquidity is not open to them such as that on systematic internalisers. In addition, there is the fact that retail traders trade through intermediaries such as banks who are not obligated to trade with all liquidity pools shown in the tape. The tape would also overlook the cost of trading across national borders which is an issue given in the EU’s fragmented markets and the fact that end prices vary drastically depending on the place of execution. Therefore, the tape alone cannot achieve a single EU capital market for retail investors as more fundamental measures are needed.

Secondly, a pre-trade consolidated tape would not be used for actual trading as traders will still want a direct feed due to latency issues across the geography of Europe, causing such a tape to be more or less useless to many market participants. As retail traders are unable to compete with high-frequency traders on price arbitrage between the variety of markets, a real-time consolidated tape of pre-trade data will not bring them many benefits.

Lastly, the revenue sharing model of the consolidated tape would hurt smaller exchanges disproportionately as the share of turnover by retail on such exchanges often succeeds 50 percent, meaning that there is no large institutional customer base that would still need a direct feed as is the case with the larger exchanges. The solution should allow both small and large exchanges to grow and finance the economy to deliver on the Capital Markets Union. A two-speed Europe should not be an option.

Another important issue to consider is that the main demand for high frequency data comes from bigger market participants and mostly concerns blue chip shares. Having exchanges bear the cost of a close to real time tape would mostly benefit the bigger market participants to the detriment of transparent markets, as the retail segment would still not be able to act on such price arbitrages and would therefore have a higher cost weighted benefit over a delayed tape.

Many policy makers see the consolidated tape as solving the issues of the fragmented European markets. This will most likely not be the case, as depending on the features of the consolidated tape, it could have significant adverse effects on trading in Europe by favouring large market participants that benefit from less transparent markets. We also do not see that cross-border retail activity would increase due to the implementation of a consolidated tape by itself as investors face significantly more restrictive barriers such as tax laws and company reports only being available in native languages.

While the impact of a delayed post-trade consolidated tape would not affect the larger main exchanges in any detrimental way, it would affect smaller exchanges such as in the Baltics, where revenue streams are less diversified. Therefore, impact to the data revenues would result in less funding for the important work of local exchanges in listing, operations and financial literacy.

Would a consolidated tape increase the resilience of data feeds compared to the current fragmented model?

Not necessarily – an outage on a large venue would also cause secondary trading venues, such as systemic internalisers and MTFs to stop operating as price formation is severely affected. If the feed were to keep operating in such a scenario it would cause retail investors to receive false signals of stale price feeds.

What do you suggest instead of a real-time tape?

As the aim of the consolidated tape is partly to increase transparency, we believe there are more severe matters that should be addressed first and foremost. Two of which are the ban of payment-for-order-flow and the increasing of the share of execution on lit venues and only allowing large trades to be directed to systematic internalisers.

As for the consolidated tape, Nasdaq supports the creation of a consolidated tape that brings actual value for all participants, meaning a tape that would start out with post-trade delayed data. From there, the tape could be developed to include real-time post-trade data, which would benefit users the most. For the retail segment, our real-time data is already available for as little as 1 euro per month and offers great value to investors.