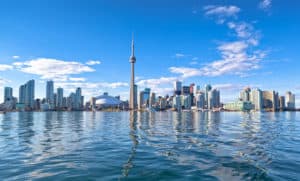 Eccleston was due to retire on 31 December this year, but a statement from TMX confirmed that after allegations against him emerged via reports from Business Insider in late November, the exchange believes it is in the best interest of the company that Eccleston steps down. He has been CEO of TMX since October 2014.

The allegations related to court filings which claimed Eccleston has been previously inappropriate with female employees in New York. However, TMX added that no evidence of misconduct was discovered following an investigation led by an independent investigator, and the board of directors will not investigate the claims further.

“The board accepts Mr Eccleston’s decision to retire and recognises his outstanding efforts since taking on the CEO role in October 2014. We thank him for his leadership of TMX Group and for delivering a focused and compelling business strategy and growth plan that is driving our continued success,” said Charles Winograd, chair of TMX Group.

Chief financial officer at TMX, John McKenzie, will assume the role of interim chief executive in addition to his current responsibilities. McKenzie has been with TMX for more than 19 years, having held various senior positions within the group’s corporate strategy and development, and corporate finance.

“John’s proven skill set and demonstrated leadership effectiveness will help continue to propel the execution of TMX’s strategy,” Winograd added. “The TMX Group board has total confidence in John’s leadership and the leadership of the experienced senior management team during this period.”

TMX concluded that after amending Eccleston’s employment term, the board has engaged in succession discussions and sought advice from external advisors on the management transition. The board has now started the search for Eccleston’s permanent replacement and is considering both internal and external candidates.