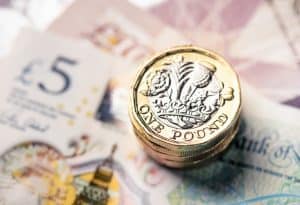 It has been a remarkable year for mergers and acquisitions (M&A) in the financial services space, complete with drama, surprises and long-expected deals having been floated, agreed and finalised.

This follows hot on the heels of 2017, when the headline-grabbing proposed mega-merger/”merger of equals” between London Stock Exchange (LSEG) and Deutsche Borse was spiked by the European Commission over concerns of a potential/very probably monopoly over the European markets, while there were significant buy-side tie-ups between Standard Life and Aberdeen Asset Management, and Janus Capital and Henderson Group.

So, with a cast of players including NEX and CME Group, State Street and Charles River, IHS Markit and Ipreo, The TRADE’s very first (and very unofficial) M&A awards runs the rule over most noteworthy of this year’s M&A activity so far.

The most significant of deals so far in 2018 is the £3.9 billion marriage between US futures exchange operator CME Group and the UK’s FinTech and electronic trading powerhouse NEX Group – formerly ICAP. While analysts may have rated CME Group’s £3.9 billion offer for NEX Group as exceeding market predications, it was nonetheless enough to deter rival exchange groups, such as LSEG, from swooping in with a higher bid. NEX Group’s shareholders have already voted in favour of the acquisition and the deal is, at the time of writing, on track to be completed later this year.

This merger should prove to be an absolute game-changer for the industry on more than one front, as both firms streamline trading operations and combine platforms, bringing cash and futures products together with over-the-counter (OTC) products. Should CME Group combine its clearing services with NEX Group’s OTC derivatives post-trade services provider TriOptima, more than a few feathers will be ruffled in the European OTC clearing market, with the likes of the London Stock Exchange’s LCH business the prime target to be knocked off its perch.

It’s also a firm commitment from CME to build out its operations in Europe following the closures of CME Europe and CME Clearing Europe last year, particularly in London where NEX Group is based. The exchange giant already has a sizeable presence in the UK capital which will more than likely be bolstered going forward through the addition of NEX, going against the overwhelming trend of financial firms looking for the exit in the face of impending Brexit chaos. Outgoing NEX chief executive Michael Spencer has been characteristically outspoken on the subject, talking up London’s prospects for the future and an advisory role within CME’s new acquisition means his influence will still be firmly felt internally.

When it comes to sheer drawn-out drama, the award for the most dramatic acquisition of the year so far, there’s only one winner: Fidessa. After news of Temenos’ initially successful bid for the well-established industry vendor hit headlines in February, a sudden frenzy of counterbids from various other companies was triggered and an ongoing saga involving numerous participants, as well as involvement from the UK Takeover panel to chivvy the deal along.

After Fidessa accepted the initial £1.4 billion offer from Temenos, with a shareholder meeting planned to agree with the terms of the deal, the company announced – without the consent of the those involved – that ION Investment Group and SS&C Technologies had also approached the firm with higher offers.

Following weeks of uncertainty, competition and regulatory probes, Fidessa finally accepted a £1.5 billion offer from ION Investment Group that was 8.5% higher than Temenos’ original offer. Somewhat understandably, Temenos decided against raising its offer for the trading technology vendor and terminated its cooperation agreement.

It’s a compelling union, with Fidessa having long-established itself in the equities and derivatives trading world partnered with ION’s fixed income and foreign exchange (FX) focus. However, there may yet be a sting in the tail for Fidessa, as the UK Competition and Markets Authority announced an inquiry into the acquisition in mid-June, which at the time of writing, could either come to nothing or delay what has already been a roller coaster ride even further.

One of the more recent acquisitions this year was State Street’s decision to buy Charles River Development for an eye-watering $2.6 billion. It’s a deal that industry pundits agree makes sense, despite the whopping price tag, with Charles River’s flagship Investment Management System (IMS) boasting a client base of 50 of the top 100 asset managers, accounting for more than $25 trillion in assets under management. The Boston-based custodian bank has been at the forefront of the recently-established trend for back and middle-office providers looking to bolster their front officer activities.

However, investors were spooked by the significant fee shelled out for Charles River as headlines began to flood social media and news outlets. With the order management system (OMS) specialist posting around $300 million in revenues last year, it quickly became clear that State Street is set to cough up nine times that amount to secure the deal.

State Street saw its market capitalisation plummet $2.9 billion the day the deal was announced, the exact amount State Street offered for Charles River. The bank’s market capitalisation fell approximately 7% and the custodian saw its biggest drop in value over the course of a single day for more than two years. But, as custody banks do battle on new fronts, while calls for lower fees from their clients rattle on, State Street could find itself ahead of the curve when Charles River, which will act as a stand-alone business, settles down into its new stable and optimisation of its offering beings in earnest.

News of data and analytics services giant IHS Markit acquiring rival Ipreo certainly proved to be a topic of interest amongst readers of THE TRADE when the deal was announced back in May. IHS Markit agreed a deal to buy the firm for $1.9 billion from private equity funds managed by Blackstone and Goldman Sachs Merchant Banking Division, which in turn acquired Ipreo in 2014 for $975 million.

Since Goldman and Blackstone invested in the company, Ipreo displayed tremendous growth with revenues up 60% and several new product launches, while also onboarding a raft of new buy-side clients and carrying out its global expansion strategies. For buy-side firms with data strategies at the top of their agendas for regulatory compliance, decision-making and performance optimisation, mergers such as this often provide an opportunity to re-evaluate their existing data set-ups and react accordingly. IHS Markit’s acquisition of Ipreo officially closed in early August, and Ipreo’s services are already being combined with IHS Markit’s in a bid to immediately add value for clients for both firms.

At the same time the news landed about plans to buy Ipreo, IHS Markit quietly announced it is seeking a buyer for its end-to-end OTC post-trade processing business. There has been no movement on this one, at the time of writing, but the business seems to be gaining ground following a partnership which saw the derivatives reporting segment of the business connect to CME Group’s trade repositories in Australia and Europe.

The “merger of equals” tagline was thrown about a lot last year during Deutsche Borse’s wooing of the LSEG as part of its failed bid to create a German/British exchange behemoth. While this year hasn’t thrown up a deal with quite the same proportions (yet), the phrase seems to have stuck in people’s minds.

In a deal labelled a “union of equals”, trading systems providers Itiviti and Ullink completed plans to merge in March, forming a $200 million Franco-Nordic technology powerhouse. The combined entity now boasts more than 1,000 employees and a local market presence in all major markets across Europe, Asia and the Americas. Integration work of the two products sets began in earnest in April shortly after the deal was finalised. Echoing that of Fidessa and ION Investment Group’s deal, the merger connects Ullink’s buy-side equities and derivatives trading products and services with Itiviti’s market making technology platforms that have predominantly focused on the sell-side.

Consolidation among trading technology vendors is an almost constant vein running through trading activity, as new and old firms alike are sized up and then devoured.

As Itiviti’s chief executive, Torben Munch, pointed out at the time of the announcement, increasing regulatory pressures and changing market structure means market participants are now looking for full-service technology vendors that they can truly rely on.

While much of last year’s M&A activity focused on vendors looking to bolster their back- and middle-office portfolios ahead of the introduction of MiFID II, the market has now turned its attention back to the sharp end of business and managed solutions, and deals of this nature may become a lot more common going forward.

High-frequency trading (HFT) continued to condense earlier this year following Hudson River’s move to buy rival market maker Sun Trading. Terms of the deal were withheld, but it didn’t come as much of a surprise to the industry, as high-speed trading firms continue to battle low market volatility, increasing costs and shrinking revenues. The trend continues from last year, when Virtu Financial were quick to snap up KCG last year in a deal estimated to be worth $1.4 billion as it looked to establish a HFT powerhouse.

Hot on the heels of State Street, SS&C Technologies confirmed plans to buy investment management software provider and Charles River rival, Eze Software for a more conservative fee of $1.45 billion just one week later. Known for its penchant of hoovering up any business or product that takes its fancy, the acquisition of a well-regarded and widely-used OMS provider such as Eze should prove a salve to SS&C after its failed attempt to buy Fidessa earlier in the year. Another example of the shift among middle- and back-office service providers looking to gain front-office capabilities, particularly at a time when buy-siders are reviewing their OMS/EMS options.
Tagged: Acquisition, Charles River, CME, Deutsche Boerse, Eze Software, Fidessa, Hudson River, IHS Markit, ION Investment group, Ipreo, Itiviti, LSEG, M&A, Merger, NEX Group, SS&C, State Street, Sun Trading, Temenos, ULLINK