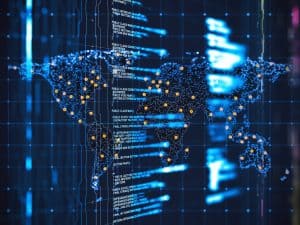 US-based swap execution facility trueEX is looking for a buyer for its derivatives processing platform just weeks after it was officially launched, The TRADE understands.

The truePTS platform launched in June after JP Morgan and Citadel processed the first buy-side transaction, using artificial intelligence and robotics to remove manual procedures for matching and clearing of over-the-counter (OTC) derivatives.

A spokesperson for trueEX confirmed the move, adding that “trueEX is exploring a strategic sale of its truePTS intellectual property”.  The website for truePTS has also been closed.

The platform was first backed by JP Morgan and Citi in December 2017 after signing up to use it for automating back-office functions, with trueEX stating that it expected other industry participant’s to join in the coming months.

“New regulatory requirements have shifted responsibilities and fees once paid by the banks to the buy-side,” said Zohar Hod, CEO of truePTS, at the time of the platform’s launch.

“We will be the catalyst that provides transparency, mitigation of needed resources, and lower costs for our clients by leveraging the most progressive technology to automate workflows and comply with regulatory change.”

It was initially tipped to rival IHS Markit’s derivatives processing system MarkitSERV. The two firms were also locked in a legal battle last year after trueEX claimed that IHS Markit had tried to stop access to its trade processing service. The legal dispute was eventually settled late last year.

Meanwhile, IHS Markit confirmed plans to sell MarkitSERV earlier this year, stating that after a detailed review of the financial services business as part of its capital allocation strategy.