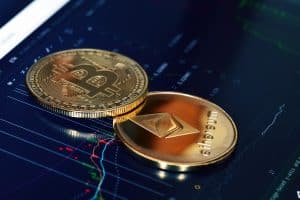 CME Group saw a spike in Bitcoin futures trading activity last Thursday as daily volumes continue to rise on the Chicago exchange and its rival Cboe.

The exchanges both topped their average daily volumes (ADV) the day after Independence Day, with CME logging a high of 6,739 and Cboe registering 6,121 trades.

Cboe’s record day of activity remains 25 April when 19,000 contracts were traded. It has also topped the 10,000 contract mark in 14 sessions, according to market data.

This news comes as Bitcoin has experienced significant drop in value since the end of 2017 when the first futures contracts were launched. In early December, news of CME’s launch only pushed the price higher at the time. CME also reported that there is growing interest from institutional investors.

“Although this is still a relatively new market, participation is growing every day across a broad range of customer segments, including institutional investors.”

Industry participants have confirmed this supposed interest from the buy-side. Tim Pickering, lead portfolio manager at Auspice Capital stated: “Institutional investors are slowly and carefully taking to these new products with liquidity and safety of capital being the biggest concerns.”