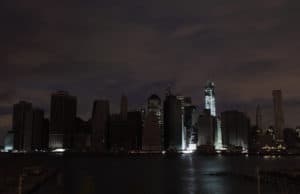 It has been a difficult year for stock exchanges globally, and not just due to the coronavirus pandemic that swept the world in 2020 and disrupted companies in all sectors. Several major trading venues suffered huge outages throughout the year, leaving investors unable to do business.

The most recent outage at ASX occurred in November when the market was shut down for almost an entire day. Deutsche Börse experienced two separate outages during the year. The first lasted for four hours on its Frankfurt Stock Exchange in April, and the second in July on its trading platform Xetra which endured for almost three hours.

Tokyo’s bourse, owned by the Japan Exchange Group (JPX), was forced to halt trading for almost an entire day in October, while Mexico’s main stock market was disrupted for half a day in the same month. In New Zealand, the exchange operator fell victim to a cyber-attack in a slightly different type of outage which nonetheless continued for a staggering four days in August.

Elsewhere, Euronext reported a three-hour shut down in October with trading ceased across all stocks and derivatives across Europe. Just after trading resumed on the day of the outage, the closing auction disastrously failed. The following day, traders reported that some of their executions had the wrong buy/sell direction as the misfortune seemingly lingered.

In a statement outlining what had caused the issue, Euronext apologised and assured market participants that action had been taken to ensure that a similar issue does not happen again.

The result of such outages though has been felt by institutional investors globally. It has been particularly difficult for market participants to withstand the outages that gripped markets this year due to a surge in volatility not seen for over a decade.

The pandemic led to a surge in trading volumes from both institutional and retail investors as people and organisations battled to work out what the events of 2020 could mean for various sectors and geographies.

“When the issue first occurred at Euronext, we thought it was like any other outage we had previously experienced,” says Stéphane Marie-Françoise, SVP, equities trading at Unigestion. “Whilst it was frustrating, the alternative exchanges played their role and the stocks continued to trade, albeit with lower volumes. The closing auction problem, however, could have been a more serious one for us if there had been a large inflow/outflow in our funds.

“Unfortunately, due to duties imposed by Euronext, we also had some prints cancelled and we had to complete the trading the next day. This meant we had to do some reconciliation work before re-entering the market, which was not an ideal situation but at the end of the day no damage was done.”

Many market commentators and participants agree that the outage at Euronext was the most disruptive. The error with the Euronext closing auction after markets had resumed the day of the outage was a surprising and harmful event. The closing auction is by far the most important phase of the trading day.

Closing auctions occur across national stock exchanges once continuous trading has ended and allow the fundamental process of establishing fair closing prices on securities to be carried out. The percentage of total trading volumes that takes place at the close has dramatically increased in Europe in recent years.

“Outages that close the whole market are really unusual,” adds Marie-Françoise. “Euronext’s communication and the way in which it handled the situation was very poor, but the brokers did a great job disseminating information and they helped their clients with position reconciliation.

Questions have indeed been raised about larger exchange operators such as Euronext that operates multiple key markets across Europe. Following several acquisitions in recent years, the exchange group now owns exchanges across Europe and the technical glitch saw trading immobilised in Belgium, France, Ireland, the Netherlands and Portugal. It is currently in the process of also acquiring Milan-based stock exchange Borsa Italiana.

The stock market consolidation that has accelerated in recent years has brought to light the operational and systemic risks of a single large exchange owning and operating multiple other exchanges.

“We are seeing the bigger players hoover up the smaller players to try and consolidate the market down to a small number of large players, which is causing a lot of change,” says Guy Warren, CEO of technology provider and financial operations specialist, ITRS.

“Euronext is looking to standardise its exchanges onto the Optiq platform that it provides, which is a lot of change going through markets that otherwise would have been stable. If you have extended changes going through, there will be more opportunity for problems or an outage.

“Even if there are other venues that you could trade those shares and get that liquidity on the important stocks, but most traders won’t trade without the volume that goes through Euronext, because that’s the benchmark. So, in fact, it can be massively disruptive because in an outage the other venues stop trading the Euronext securities.”

ASX, Deutsche Börse and Euronext blamed the outages on third-party software issues, while JPX pointed to a hardware error. Warren argues, however, that blaming either third-party software or hardware are weak responses to outage instances as exchanges should not have a single point of failure.

Maybe pointing to third-party systems was considered a means of providing some clarity to market participants that it wasn’t the operator’s code. But whether it’s a third-party system or their own, exchange groups are responsible for its quality and availability. Such important institutions perhaps should not have gone live with a system or hardware if it could not provide the performance required.

Regardless of the reasons behind outages, whether that’s technical glitches or third-party software provider woes, the most difficult element for exchanges when trading goes offline is knowing when it’s safe to get back online.

“The problem is knowing when you’re healthy again. You’re under pressure the entire time you’re out to bring the service back as quickly as possible,” Warren explains.

“In Euronext’s case, would it have been better to stay down the whole day, work out exactly what the fix was and come back live the next day? Or get it back in three hours only to find that that auction process can’t function? There may have been some calculated risk in that scenario in terms of not knowing for sure if the closing auction would work properly. Unfortunately, in that case it didn’t.”

More must be done to ensure that global financial markets are less vulnerable to both outages and cyber-attacks, as apparently demonstrated in 2020. While some believe regulators must step up and do more to stop the reoccurring instances of disruption, others see the problem as systemic.

“In Europe, when the traditional primary market closes, all other trading seemingly stops as well,” says Richard Worrell, head of EMEA equity trading at Janus Henderson. “We need to address this failure by reviewing where market infrastructure, including index price calculation and the closing price mechanism, is yet to adapt to the MiFID II competitive framework. This is not a criticism of any exchange but if we really want truly efficient capital markets, we must improve and collectively work on solutions.”

Regulators are indeed looking at the issue and hope to bring in new rules that will address the issue. While disruptions such as Brexit may have forced the problem to the bottom of the pile, there is light at the end of this blackout tunnel.

New regulation dubbed Operational Resilience, tipped to come into force in 2021, will force change in operations for the financial industry. The UK’s financial watchdog stated in late 2019 that Operational Resilience is a step change, where it expects firms to be forward looking and making decisions now to prevent harm tomorrow.

“To not be able to trade almost ¤4 trillion in equities for three hours is just unacceptable. Operational resilience should say that you cannot prioritise your profit over providing a service. The regulation should say buy the tools or bring on board the expertise, whatever it takes, or I will take your license away. I can’t let you prioritise profit over delivering a resilient service,” Warren concludes.