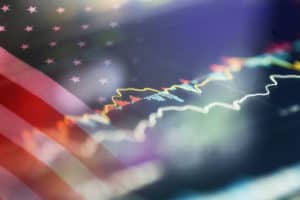 DTCC has released a two-year industry roadmap for shortening the settlement cycle for US equities to one business day after the trade is executed.

While the DTCC has been investigating the move to a shorter settlement cycle through its Project Ion for some while, market pressure following the GameStop and Robinhood incident earlier this year has ramped up market pressure on reducing settlement times and the perceived risk of T+2.

Within the plan is a three-staged approach beginning this quarter with the completion of a prototype development for the Project Ion settlement system, which provides a T+1 environment for the industry on a digital platform using distributed ledger technology (DLT).

Following this, DTCC said it will begin transitioning in the second half of 2022 to an enhanced settlement model that more closely integrates processes from DTCC’s equities clearing and settlement subsidiaries, NSCC and DTC.

Finally, by 2023, DTCC proposes the US settlement cycle to officially move to T+1, with market participant and regulator alignment.

“The time to settlement equals counterparty risk, which can become elevated during market shocks. It can also lead to the need for higher margin requirements, which are critical to protecting the financial system and investors against a firm default,” said Murray Pozmanter, head of clearing agency services and global business operations at DTCC.

“We have been working collaboratively with a wide cross–section of the industry to build support for further shortening the current settlement cycle over the past year, and we have outlined a plan to increase these efforts to forge consensus on setting a firm date and approach to achieve T+1.”

DTCC highlights the immediate benefits of moving to a T+1 settlement cycle as cost savings, reduced market risk and lower margin requirements – of which the latter of would appease critics of the settlement system after margin requests forced retail trading platform Robinhood to halt purchases of GameStop and some other stocks.

The saga led to widespread calls – led by Robinhood’s CEO – to consider a T+0 settlement, however this has been quickly refuted by the DTCC and other industry experts due to the removal of liquidity and risk-mitigating benefits of the netting system currently in place. Meanwhile, DTCC pointed out that the number of transactions to be settled would soar and the number of failed transactions could rise significantly.

However, participants are keen on a T+1 shift, which has possibly been accelerated following the incidents of the previous few weeks and the DTCC believes this could lead to a 41% reduction in the volatility component of NSCC’s margin.

“As the industry continues to align itself around shortening the settlement cycle, DTCC has proactively begun laying the foundation and is ready to move quickly for the eventual move to T+1,” said Michael McClain, managing director and general manager of equity clearing and DTC settlement services at DTCC.

“We remain committed to working with the industry, regulators and key stakeholders to shape the future of clearance systems and all the exciting possibilities they could bring – from reduced risk and costs, to improved business resilience and increased operational efficiencies.”