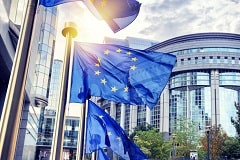 The EU financial regulator has decided it will enforce the tick size regime on systematic internalisers (SIs) under MiFID II, despite much controversy around the subject.

The European Securities and Markets Authority’s (ESMA) final proposal on the issue stated that respondents were supportive of the decision overall as it would contribute to a level playing field between SIs and exchanges.

They argued SIs could provide price improvements and divert routing of client orders towards SIs rather than on-exchange venues if the regime were not enforced, leading to a competitive advantage and uneven playing field. At the same time, other market participants argued it would create an advantage for exchange operators.

“Given the strong support by stakeholders, ESMA did not amend its proposal following the consultation,” the final proposal stated. “ESMA also does not fully subscribe to the arguments brought forward by some stakeholders that, in consequence of the proposed amendment of RTS 1, trading venues would be subject to a lighter regime than SIs.”

Other financial institutions questioned whether enforcing the tick size regime up to the standard market size (SMS) would be justified and useful. Nasdaq in particular advised that ESMA should apply the tick size regime to both SIs and exchanges for orders which are above the SMS, as well as below.

However, ESMA responded that such a change would go beyond its proposed amendments and would instead require amending the Level 1 text.

Other organisations such as Virtu Financial and the European Savings and Retail Banking Group (ESBG) also hit back at the amendments earlier this year, claiming trading venues and firms operating approved publication arrangements (APAs) could potentially exploit requirements to mirror prices and introduce additional payments on market data.

Those institutions urged ESMA to review the escalating costs of market data across all areas of the trading lifecycle which are imposed by certain exchange groups, something ESMA has said it will address in the future.

“ESMA has observed and been made aware of various increases in the fees for market data by trading venues [and APAs] ahead of the application of MiFID II,” the final proposal said. “ESMA shares the concerns expressed by some respondents over the recent increases in fees for market data. ESMA intends to have a closer look at recent developments on market data, and may address some of the issues identified through Q&As”

The EU authority concluded it has submitted the final report to the European Commission, which as three months to decide whether to enforce its proposed amendments.