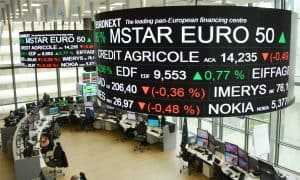 Euronext has moved closer to completing its acquisition of Oslo Børs following a drawn-out bidding war with rivals Nasdaq.

The acquisition bid was received clearance from the Norwegian Ministry of Finance on 13 May and was then unanimously approved by Euronext’s shareholders three days later.

While announcing its Q1 results, Euronext said it expects the transaction to close by the end of June and that once completed, it expects Oslo Børs will “contribute to the Group revenue diversification thanks to over 80% of non-volume related revenue.”

Euronext CEO, Stéphane Boujnah, attributed the Group’s Q1 revenues of €152.6 million, a year-on-year increase of 1.4%, to a “successful acquisition and revenue diversification strategy and despite an environment of subdued volumes.”

Euronext announced its intentions to acquire Oslo Børs for around €625 million at the end of last year following an auction of the Norwegian exchange’s shares which was covertly arranged by its largest shareholders. Nasdaq then launched its own offer for the Norwegian exchange, leading to a bidding war between the two groups throughout the early part of this year.

The exchange group has recently made other acquisitions that have formed part of its revenue diversification strategy, including the Irish Stock Exchange, now operating as Euronext Dublin, in March last year.

Boujnah said that first quarter of the year had been “marked by the ongoing integration work of Euronext Dublin leading to its successful migration to the Optiq trading platform on 4 February with, as of February 2019, €6.7 million of costs synergies delivered.”

Euronext also acquired a majority stake in research and commissions services provider, Commcise, in December last year, which has led to a “broadening” of its investor services business line.