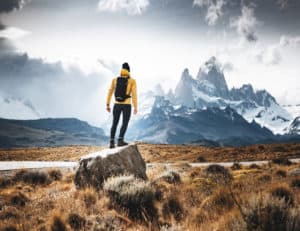 It would be reasonably straightforward for me to use this forum to talk about a subject such as the impact of MiFID II, the Share Trading Obligation or algo wheels. I am relatively comfortable there. However, one of my former bosses always used a great phrase: “Get uncomfortable”.

Upon reviewing the recent International Trader Forum agenda, I noted that there was nothing on the timetable for mental health and awareness. I understand why, it’s difficult to talk about. However, as today is World Mental Health day, it is a good time to discuss what still seems a taboo subject. Even in an increasingly electronic world, the industry is still driven by humans. The wellbeing of those individuals and teams is therefore paramount.

One in four people globally have suffered a mental health issue. I am one of those people. My wife and I separated almost a decade ago, not long after the birth of our twins. Life suddenly became very hard, we had three children under three years old and it was extremely challenging. We struggled. I was neither a supportive enough husband nor father.

Subsequently, we separated and that’s when I suffered my mental health issues. On my own, I had time to assess my life, probably too much time, to contemplate everything. I would spend hours at the weekend, just walking and ultimately suffering depression that led to suicidal thoughts.

Reflecting back at that time now is hard but incredibly cathartic. At the time, I didn’t open up my true feelings to anyone. I was struggling but continued to work, smile and act normally. I’d grown up in an era where the phrase “man up” was almost constantly uttered at those showing emotion. I never felt comfortable telling anyone that I was really struggling.

One day I realised I had to get help and needed to open up. I don’t really know what triggered that, but I hit a low point and could not take it anymore. That was the best thing I ever did. Suddenly, I realised that sharing my vulnerabilities actually made me a stronger and better person.

Around that time, whilst reading the basketball coach Phil Jackson’s autobiography, I came across the Japanese proverb “Fall down seven times, stand up eight”. It is a great mantra. Life will knock you and, you know what, its fine to fall down, but we have to keep standing up and develop that resilience.

The rate of suicides in Britain rose sharply in 2018 to its highest level since 2002 according to the Office for National Statistics. A total of 6,507 suicides were registered by coroners in the UK – 11.2 per 100,000 people – in 2018, up 11.8% on the previous year. While the exact reasons for this are unknown, the statistics are alarming.

As a forty-year-old man, I cannot help but look with even more alarm at the statistics for my peers. Overall, men accounted for three-quarters of UK deaths by suicide in 2018 and the highest suicide rates were seen among those aged 40 to 49 for both males and females.

The passing last year of Joe Heraty prompted much soul searching for many of us in financial services. Whilst the industry is perceived to be high flying and affluent, it does not mean stress is not suffered by many of us. We need to help each other. In my role as a manager of a team, I feel the stress but more importantly a desire to help my colleagues personally as well as professionally.

I am a strong advocate of mentoring and coaching and am proud to have mentored a colleague this year. We all have both something to give and things to learn. It is also why I am pleased that, as an industry, we are looking into the impact of reducing market hours. The day is long in our industry, with many in trading sitting down at a desk way before 7am and having to wait until after 5pm to check that there aren’t any after-market primary or secondary placings, with no breaks between.

In an era of quarterly earnings and therefore, arguably, constant pressure for results, as well as structural issues, we can debate whether changing the market hours would actually help but it has to be considered.

We live in an interesting time with social media influence growing all the time. It feels like many of those people spend too much time trying to get attention when they could arguably spend more worthwhile time paying attention. What is actually going on around you? Take time to really ask people how they are and don’t be afraid to say when you personally are struggling. We need to help each other.

I thought long and hard about releasing this after writing it. Ultimately, my wife and I decided to release the article but remain anonymous. The rationale for that is simple but disappointing. We sense that there will be some who look at me differently as a result and, sadly, not in a positive way. We also felt it may even hinder my future career development. At the same time, I know that many reading this will guess who the author is. I’m happy with that but will forever deny any knowledge!

I am proud to say that I suffered with mental health issues, but I accept it’s disappointing that I have felt I had to remain anonymous. I really see this as one small step that hopefully prompts us all to think hard. Having opened up and taken time to fully assess everything, I have grown as a person as a result. I am equally proud to say that my wife and I are back together and stronger than ever. It is a strength and not a weakness to have suffered.