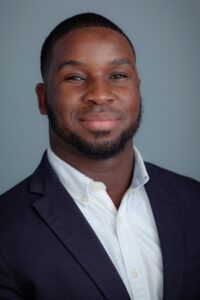 Federated Hermes has appointed a former vice president at Cantor Fitzgerald to join its trading desk, The TRADE can reveal.

Kendell James has joined Federated Hermes as an equity trader covering TMT and the consumer and luxury sectors.

He joins the asset manager after most recently serving as a vice president in equity trading at Cantor Fitzgerald in London and New York.

Prior to joining Cantor’s equity desk in 2018, James spent a year as a graduate research fellow in the US Department of Education.

“Kendell brings with him a great deal of experience and expertise to our trading desk from different financial centres and across several industry sectors. He will be a great asset and addition to the team at Federated Hermes Limited,” head of trading at Federated Hermes, Dan Nicholls, told The TRADE.

James’ appointment follows the departure of multi-asset trader, Dominic Eccles, after two and a half years to join Fidelity International in a similar role. Eccles was recognised as a Rising Star of Trading and Execution at Leaders in Trading in 2021, while Federated Hermes also won the coveted Trading Desk of the Year buy-side award the same year.