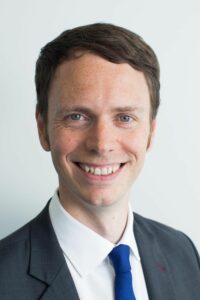 How will the changing scope of regulation, such as a post-Brexit definition of multilateral trading facilities (MTFs), impact EMS providers like yourself?

This is a topic on everyone’s minds in the EMS space – specifically, what constitutes a venue and an EMS. So it’s been fascinating to see how the proposals have evolved. The initial intention was to address and resolve a genuine potential grey area. However, today, the discussion has moved toward broadly applying regulatory oversight to two distinct pieces of software, which serve very different purposes.

Fundamentally, our view is that an EMS doesn’t meet the definition of a multilateral trading facility. Certain situations require consideration, for example, where rulebooks for trading interests to interact have been implemented without proper regulatory oversight. However, at its heart, the EMS is a translation layer, making human trading readable by a machine, which offers transparency and efficiency.

My concern is that intent of the proposals may deliver a different outcome than the initial intentions. Therefore, it would be prudent to focus on the crux of the issue the regulator is trying to resolve – be it the machine readability or otherwise, rather than the naming convention of EMS, OMS or other solutions or tools.

Looking ahead, we will remain actively engaged in the conversation and are working with several industry experts across the buy-side and sell-side to create additional thought leadership content to explain the mechanics of what an EMS does in greater detail. We also continue to monitor the situation since this appears to be an area of focus for all regulators.

How would you say the EMS space is evolving?

Firstly, multi-asset is the name of the game, pretty much across the board. For many reasons, almost every trading desk we’re engaged with has ambitions to consolidate trading technology into one system. Of course cost is, perhaps unsurprisingly, a primary driver, but increasingly, we hear consolidation of automation and workflow capabilities to be equally important. For example, taking this approach means it’s possible to remove trading strategies siloed by asset class and instead create workflows based on whether it’s a liquid instrument you’re trading or an illiquid instrument.

Secondly, we’ve also seen an evolution of electronic liquidity providers that previously sat at the end of a smart order router, not directly interacting with the buy-side, coming up the food chain into the EMS directly. It’s an interesting development and represents a true democratisation of liquidity, where the buy-side can access the liquidity tailored for them on their terms.

What are the key changes in demand from a user experience standpoint?

We are witnessing a period of exciting, rapid transformation. New initiatives such as FDC3 (the Financial Desktop Connectivity and Collaboration Consortium), the interoperability movement and the emphasis on workflow-led design are driving this, with clients demanding a seamless workflow between their OMS, EMS, pre-trade, and analytics. Using FDC3, we can be agnostic regarding the vendors we interact with. In addition, raising FDC3 intents allows us to have an abstraction layer so that we’re not bound tightly to the various applications within the client’s workflow, which creates a more agile environment for users.

Of course, in the EMS space, speed matters, and ease of use and minimal clicks are always top of mind. Our clients want seamless workflows to minimise the number of button clicks, and rather than having to sit in their EMS, OMS or other applications, they’re thinking of it as a single workflow, and so are we. That’s the future of delivering technology, ensuring each component sits well within the client’s workflow. So ultimately, rather than being application-centric, we’re workflow centric.

What steps are being taken to improve overall efficiency?

One of our core focus areas is ensuring that every action a trader takes within the solution counts. Improving overall efficiency is not just implementing automation, for example, by applying the traditional algo wheel logic. It’s about taking the next logical step to understand where cutting-edge technologies, such as robotic process automation, can streamline processes further. For example, where are traders taking deterministic actions that require minimal thought or judgment calls to be made? How can those actions be automated from 10 clicks down to zero clicks? They are important problems to solve. By doing so, traders using an EMS or trading system can essentially operate within a cockpit, where the user can make judgment calls one way or the other. Any deterministic steps are taken care of by the automation in the background. So the next evolution of workflow is not just order automation. It’s workflow automation as well.