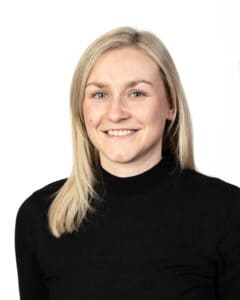 Would you consider the recent Mifid compromise that was approved a success?

The European Council’s agreement on its approach is certainly a breakthrough in the Mifir Review process. It marks another step towards regulatory certainty for market participants after a prolonged period of uncertainty post-Brexit.

It has been a busy couple of years in terms of market structure and regulatory developments, and it is a complex environment for everyone to navigate. We can expect this to continue in 2023 as both the UK and EU continue to solidify their positions on Mifid. It will be interesting to see how the UK’s approach unfolds further this year and how it will differ from the EU. It is very likely that regulatory divergence between the UK and EU will come to pass, at least to some extent. We have already seen this in the rules around dark trading.

There is also the question of the timeline – will the UK implement changes more quickly than Europe? We know that divergence between the UK and EU on regulation isn’t something that market participants particularly want, but I think everyone is looking forward to a period of more certainty and stability that will enable us to adapt, evolve and continue to innovate on behalf of our clients.

Which areas have proved contentious with participants?

Reaching a consensus on any rule changes is always going to be a more complicated process within the EU, due to the number of stakeholders – and the agreed compromise could change as negotiations within the EU progress. As an industry, we can only hope that compromise does not impact market structure to the detriment of investors and clients.

The consolidated tape is arguably the most contentious area, but it is encouraging to see progress on establishing a tape after years and years of discussion on this subject. Another positive is the inclusion of best bid and offer ‘snapshot’ data, which could open the door to the inclusion of pre-trade data later down the line. Hopefully, the European Parliament will adopt a more ambitious stance (ideally a tape which is real-time and includes both pre- and post-trade data) and grasp the opportunity that the tape presents to grow European secondary markets with both hands.

What is driving the change of heart around systematic internalisers and dark trading?

Brexit has been one of the key drivers. The UK has been clear in the absence of equivalence that its focus is to become more competitive globally. Removing some of the restrictions on certain types of trading or liquidity under Mifid has been central to this strategy so far. Unsurprisingly the EU is watching the UK very closely and vice versa during this process, which is a positive.

There is a risk that some of the proposed restrictions in Europe, for example the minimum thresholds on midpoint trading on dark order books and SIs, which I would note is at odds with global practices, will put EU markets at a competitive disadvantage globally. In the long-term, the consequence could be a shift in liquidity from Europe to other markets, like the UK, where things will be less restrictive.

Dark books and SIs are a vital part of the liquidity landscape – any measurements to restrict certain liquidity pools should be backed by empirical evidence and analysis to avoid any potential unintended consequences.

The European Council’s proposed removal of limits on SIs and the 4% cap at the venue level on dark trading (in favour of a 10% market-wide cap) is, however, a positive step towards reducing some of the complexity that Mifid II introduced in 2018. Simplifying the regulatory regime for market participants and driving growth across European capital markets must remain the key focus of the Review.

Will these collective changes within the compromise reduce or reinforce fragmentation in Europe?

The Mifid regime created the fragmented market structure in Europe and that has increased complexity for market participants. The outcome of the Review will hopefully tackle at least some of those issues.

Fragmentation is not always a bad thing though. It drives competition, innovation and choice of execution for investors, which is crucial in the quest for best execution. Mifid II sparked the development and growth of things like algo wheels, periodic auctions, conditional venues – all of which are now a fundamental part of the liquidity landscape and the trader’s toolkit.

How do you expect this compromise to evolve throughout the regulatory process this year?

It is really difficult to make predictions on where we will end up at this stage, but there are several other market structure topics that I think will come more into focus for market participants this year. For example, solving the challenges around market outages and the increasing costs of market data, are now key topics of discussion with clients.

Reducing the settlement cycle will also likely become a more global focus. The US, Canada and other markets are migrating in the next couple of years and the UK is examining a migration with a newly-established taskforce. The impact that could have on firms in Europe will be significant. One thing’s for sure, it will be another eventful period for market structure developments!