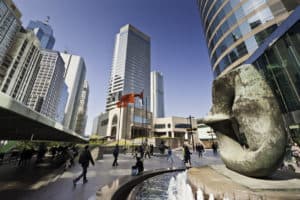 The former chief executive of Hong Kong Exchanges and Clearing (HKEX) has been elected to the board of directors at MarketAxess.

Charles Li joined the board at MarketAxess on 13 July as the fixed income trading platform provider grows its business in Asia Pacific. Stats from the firm revealed that with trading from participants on MarketAxess in the region increased 37% year-on-year to $23.9 billion in the second quarter this year.

Li was CEO at HKEX from 2010 to 2020 and led the exchange group’s expansion into fixed income, currency and commodities following its acquisition of the London Metal Exchange in 2012. He also oversaw the launch of mutual market access initiatives such as the Shenzhen Stock Connect and Bond Connect programmes.

“Ever since my involvement with the launch of Bond Connect, I have closely followed the development of the leading global fixed income trading platforms, such as MarketAxess, and believe that they will play important roles in the internationalisation of the Asian bond markets,” Li commented on his appointment.

“I admire the impressive track record of MarketAxess and I am truly excited to join the board at a time when electronic trading adoption is growing in global fixed income markets, particularly as MarketAxess is creating a centralised global electronic marketplace through international expansion. The Asia region is growing rapidly and it is a great time for me to join a global leader in fixed income electronic trading.”

HKEX confirmed in September last year that Li would retire from his position after 20 years with the exchange operator. In February, the CEO of JP Morgan’s private bank business, Nicolas Aguzin, was named as the new CEO at HKEX.

“As chief executive of HKEX, Charles led the firm through a decade of rapid growth by adding new asset classes and embracing electronic trading. His knowledge of market structure in Asia will be invaluable to MarketAxess as we expand our investment in the region,” Rick McVey, CEO of MarketAxess, commented.