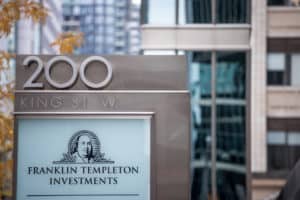 US investment management firm Franklin Templeton has confirmed the completion of its acquisition of Legg Mason after announcing the takeover in February.

Franklin Templeton acquired Legg Mason and its investment managers for $4.5 billion in cash and assumed approximately $2 billion of the firm’s outstanding debt to secure the deal. The newly-merged buy-side group has a combined $1.4 trillion in assets under management across its various teams.

Jenny Johnson, president and CEO of Franklin Templeton, described the acquisition as representing the largest and most significant transaction in the institution’s history.

“A tremendous amount has happened since we made our announcement in mid-February, but the strategic rationale for this powerful combination has only strengthened,” Johnson said. “This acquisition unlocks substantial value and growth opportunities driven by greater scale, diversity and balance across investment strategies, distribution channels and geographies.”

Johnson was appointed chief executive of Franklin Templeton in November, replacing her brother, Gregory Johnson, who became executive chairman and continues as chairman of the board of directors. She previously served as chief operating officer.