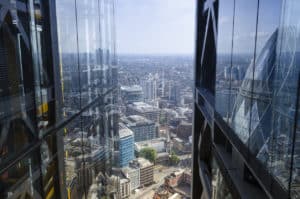 Head of liquidity and managing director at proprietary trading firm Tower Research Capital Europe will leave after four years for a new role at agency broker Instinet, The TRADE understands.

Simon Dove has been appointed head of liquidity strategy for EMEA at Instinet and will join the institution early next year.

He will report directly to CEO of Instinet Europe Richard Parsons, sources familiar with the matter told The TRADE. A spokesperson at Instinet declined to comment on his new appointment.

Alan McGroarty, COO at Tower Research Capital Europe, confirmed Dove’s departure and told The TRADE: “We remain committed to Tower’s SI and our team will ensure our counterparties continue to access the quality liquidity we provide.”

Dove first joined Tower Research in January 2017 as head of liquidity management before he was appointed head of liquidity and managing director in March 2019. During his tenure with the firm, Dove has been instrumental in advocating its electronic liquidity provider systematic internaliser (ELP SI) platform, speaking at various industry events and conferences on the subject.

At TradeTech Europe last year, Dove told delegates that scrutiny of ELP SIs and the landscape had allowed operators to provide a greater level of transparency on the technology and liquidity, and how the systems work.

“We give transparency on the kind of experience you will see on the SI and there is over a year’s worth of data driving that decision, which for me is quite a proud moment,” he said at the time.

Prior to Tower Research, Dove spent almost seven years with Sun Trading in business development and began his career in financial markets at the London Stock Exchange (LSE) where he spent nine years.

At LSE, Dove worked his way up from a client management consultant to manager of the institutional brokerage business, overseeing key client relationships for the exchange operator’s UK and Italian equities and derivatives markets.