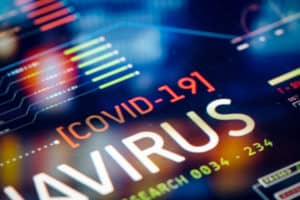 Trading firms and investors struggled to gain access to the repo market at the height of the crisis caused by the COVID-19 outbreak as banks and dealers struggled to increase capacity.

Research from the International Capital Markets Association (ICMA) found that while demand for repo increased significantly as brokers sought to gain access to cash and high-grade collateral, dealers’ capacity to intermediate that demand was constrained and limited access to many firms that needed it.

It also found that larger-sized banks increased their balances during the crisis, but many smaller banks reduced their repo footprint, in some cases dramatically.

“In the exceptionally stressed conditions experienced in February and March this year the repo market continued to perform relatively well, while showing some signs of strain in the face of greatly increased client demand,” said Gareth Allen, chair of ICMA’s European Repo and Collateral Council (ERCC).

Its sample data showed an overall increase of repo outstandings of about 8% from December 2019, but a median adjustment of -4% across the sample.

At the height of the crisis, firms were particularly challenged with meeting increased margin calls as asset prices plummeted and markets became increasingly volatile, putting huge pressures to find and post acceptable collateral.

Earlier this week, the European Central Bank (ECB) adopted temporary measures, including the acceptance of junk bonds as collateral, to mitigate the effect of the economic crisis on collateral availability due to possible rating downgrades. The measures come amid fears that a sudden wave of credit downgrades of securities and bonds as a result of the crisis would cause a shortage of acceptable collateral.

During the height of the crisis in mid-March, the New York Federal Reserve made available up to $1 trillion of loans in the repo market for a week.