ESMA’s decision to omit UK and other trading data from its 2021 Annual Statistics Report (ASR) has caused an outpouring of comments on social media and led industry associations to accuse it of misrepresenting EU securities markets, which could scupper efforts to deliver a consolidated tape for equities. 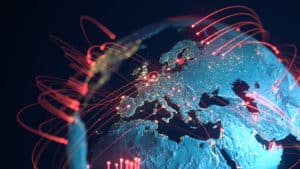 Even though the UK was “a central part” of the European securities markets up until it left the EU at the end of 2020, ESMA says the main indicators in its latest stats report, show European securities markets data post-Brexit, which excludes UK data. “The comparability with statistics we had published in earlier publications is, therefore, highly limited,” it writes in the executive summary of the controversial report. “In particular, the approach is likely to underestimate OTC trading for all instruments, since many European investment firms reported to UK reporting service providers in 2020, whose reports are not included when presenting the EEA30.”

ESMA conceded that the impact of removing UK data from European securities market statistics was ‘profound’, with the aggregate size of total traded volumes in the EEA30 in 2020 being €9 trillion for equity markets and €18 trillion for bond markets, approximately one-fifth of the respective €27 trillion and €101 trillion reported for 2019 when the UK was still a member of the EU.

The omission caused the Twittersphere to erupt with comments saying, “stripping out the UK for 2020 v 2019 and then comparing volumes makes no sense.” Other tweets pointed out that figures for 2021 will be different again because the share trading obligation (STO) post-Brexit will have kicked in, with all EU share trading moving from London to Amsterdam.

Commenting on ESMA’s decision to omit UK data, Director General of the Federation of European Securities Exchanges (FESE), Rainer Riess, remarked: “It is highly concerning that ESMA has ignored the reality of the UK’s status in 2020. This isn’t a mere technical disagreement, either – this decision will have a serious impact on the policy debate. It is critical for ESMA to monitor the trading of EEA instruments outside of the Union on a continuous basis and whether the share trading obligation is being adhered to going forward.”

With the approach taken by ESMA, FESE said €19 trillion in equity trading was left out of the scope of the main report and only mentioned in the executive summary. In 2020, it says most trading in equities was conducted on UK trading venues, including Systematic Internaliser (SI) trading and OTC. “Off-venue volumes (including SI and OTC trading) are clearly underestimated since all transactions reported in 2020 via a UK APA in European Economic Area (EEA) instruments are excluded,” it states. “Were they included, it would bring on-venue trading (including RMs and MTFs) down to 56%, instead of 82%.”

FESE president and CEO of the Prague Stock Exchange, Petr Koblic, observed: “We are in a moment where the EU is building the Capital Markets Union, and we are in intense discussions about equity market structure rules. EU interests will not benefit from a too narrowly focused statistical report that ignores two thirds of the trading landscape, only looking at 30% of the trading EEA shares and ignoring the other 70%.”

FESE said ESMA’s chosen approach not only differed from that adopted for 2019, but will also differ from the one for 2021 since, with the application of the STO, most UK flows in European securities have shifted to EU venues; data for 2021 will include the majority of SI and OTC activity, which ESMA excludes for 2020. Therefore, any conclusions made by the report could misinterpret the full liquidity landscape of EU securities trading in 2020, by ignoring the bulk of trading in EEA instruments.

AFME also hit out at ESMA’s Annual Statistical Report for failing to provide a clear and accurate understanding of where to find liquidity in EU equity markets. “… the main issue remains that none of this data accurately represents the reality of the trading landscape since it does not capture the liquidity truly available to market participants,” it stated. “At this stage, it therefore does not provide a basis upon which future policy decisions can be built.”

Rick Watson, head of Capital Markets at AFME, said a review of the regulatory reporting framework for equity trading was now essential. “This review will prove beneficial not only in the context of data published in future ASRs, but also as a vital step to ensuring the successful delivery of a pre- and post-trade consolidated tape for equities.”

Watson said AFME published its own quarterly analysis of share trading, which provided a more refined and accurate representation of addressable market liquidity across Europe, including the EU27, the UK and Switzerland. “Our data shows that on-venue trading for Q3 2021 represented 82% of overall trading activity, while trading on SI and OTC represented 10% and 8% respectively,” he stated.