The City is often characterised as a place of highs and lows, profits and losses, booms and busts. This reputation for oscillating wildly between success and failure – with money to be made in either event – can be over-played, but there is a grain of truth behind it. Brokers large and small have always relied heavily on their ability to staff up and down to respond to short-term changes in fortune. This explains why so much of a broker’s costs are consumed by remuneration and why many firms’ operating and business models are at best unfocused and at worst unfit for purpose. In 2009, many brokers responded to the end of the first phase of the financial crisis by gearing up in a familiar vein. Having cut back savagely in the immediate aftermath of Lehman Brothers’ collapse, they hired armies of equity researchers at pre-crisis levels of pay, they committed capital to client trades to win market share, and they bought capacity from the firms that had failed. While that may have been the appropriate response to the normal cycle of boom and bust, this financial crisis was something else, and demanded a different course of action.

There are still highs and low in the post-crisis City of course, but they appear to require a more planned, considered strategy from the sell-side if they are to be conjured into sustainable business plans. In short, the lows are margins, commissions, returns, profits; the highs are capital costs, compliance costs, volatility and uncertainty. Glenn Poulter, an equity sales and trading veteran with Citi, ICAP and Oriel Securities among others, has spent the last few years tracking the statistical evidence on the health of equity trading whilst researching his recently completed executive master of business administration degree at City University’s Cass Business School. Many of the facts and figures are familiar, but when consolidated they make a compelling case for a radical response from those brokers still hoping to muddle through in the middle. Poulter points to research by Neil Scarth of Frost Consulting and Neil Shah of Edison Investment Research, which shows that commissions have fallen 43% since 2007 and an almost identical drop in sell-side expenditure on research production over the same period. He also cites statistics on the decline in the average number of sell-side counterparts used for execution by asset managers, the increase in the proportion of low-touch trades, and the continuing decline in turnover by value traded in major stocks.

“Volumes and commissions have not recovered since the crisis,” says Poulter, who was previously head of European cash equities at Citi. “Any brokers who think they will improve once the economy recovers needs to wake up. The opportunity in the market has shrunk. Every penny spent by an asset manager now has to be justified. A lot of brokers’ business models are out-dated and they are now hanging on by their fingertips. A tougher regulatory stance on how commissions are spent could be the tipping point. But you might be surprised how long failing business models can last.”

As well as looking at market-wide indicators, Poulter has also tracked the financial performance of UK equity brokers over the past five years. Almost all firms took major hits to their balance sheets over 2011 and 2012 as the impact of the global financial crisis was widely felt, but a number of firms have recovered well, some even posting double-digit compound annual growth rates between 2009 and 2013.

“Specialist business models have outperformed generalist models within the UK stockbroking sector over the last five years,” says Poulter. “Ownership structure, management strength, cost controls and experience all play a part but ultimately it’s about having a clear strategy that clients understand and are prepared to pay for.”

James Blackburn, who gained extensive experience on the sell-side at firms including Merrill Lynch and Execution Noble before joining technology vendor Fidessa as global head of equities product marketing, believes there has been an increasing polarisation between wholesale and specialist providers over the last three years. “Specialism comes in many forms, based on geography, sector, and business model. Many of the firms left in the middle are not sure what value they bring to the client. Such firms should identify and cut out any peripheral services for which they’re not getting paid and focus on core strengths,” he says.

Blackburn asserts that both wholesale and specialist providers are needed by institutional investment firms. “Buy-side firms need relationships with major bulge-bracket firms for the breadth of service provision, the balance sheet support and the global reach. But in the post-crisis environment, the big wholesale firms are finding it tough to provide the granularity that the buy-side needs more than ever for cost-effective pursuit of alpha. That’s where the specialist firms come in,” he explains. 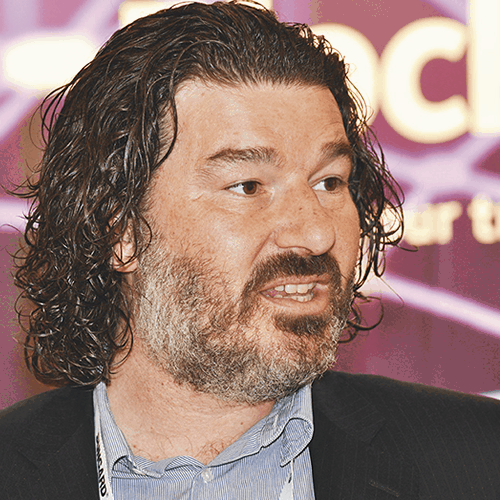 According to Bear, SSGM already exemplifies the post-crisis self-discipline that many believe is essential to sell-side sustainability, both in terms of a business model that focuses on the firm’s core expertise as a transition manager and an operating model that leverages third-party tools. “We’re comfortable with where we fit into the puzzle. We know we can’t do everything ourselves and choose not to try to,” he says.

As a leading transition manager, SSGM is able to offer distinct sources of liquidity to asset managers and owners compared with the major broker-dealers. The firm also supplies a broad range of related services – from interim and currency hedging services to settlement support for smaller clients – but none of these stray far from the core. “The integrity of the underlying order is key. It’s critical that the client knows we’re delivering unconflicted liquidity. It’s a simple model, i.e. agency execution only and no facilitation,” Bear explains.

The SSGM model also relies on sourcing certain tools and capabilities from third-parties – including brokers and technology providers – rather than building everything in-house. As well as sourcing algorithmic trading capability and transaction cost analysis through third-party providers, SSGM also uses a combination of internally developed and externally provided portfolio trade optimising tools. “Many algo providers have been investing in their products for 10-15 years. Rather than replicate that, we prefer to handpick the most appropriate tools to support our services,” says Bear.

Sanford C Bernstein is best known for its research franchise. Approximately half of the firm’s 450+ staff work in research, with a quarter each working in sales and trading. The firm has expanded significantly over the last six years, with its presence in Hong Kong and Singapore now giving it a global trading footprint. But it has remained a specialist, being careful not to venture too far beyond its core. It provides cash, electronic and program trading services, but remains agency and equity focused, only offering listed derivatives execution and limited facilitation in its home US market. In research too, it has retained a focus on liquid, largely blue-chip names.

“We align our research coverage with the names that our clients tell us matter most to them – hence our continued long-term focus on large cap-stocks,” says Toby Bayliss, head of electronic trading, Europe. “The lack of order flow in smaller cap names typically requires sell-side firms to fund research with other activities such as equity capital markets, corporate broking and/or market making. It is important to us that unconflicted high-quality research and execution for clients remains our sole focus.” 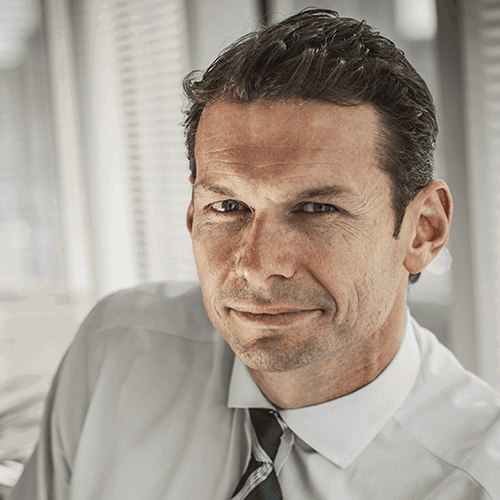 Formerly head of electronic execution sales, Europe at Citi, Bayliss admits there are pros and cons to the focused, specialist model. On the one hand, technology resources are smaller than a global bulge bracket firm, but equally they are less likely to be diverted to another department at a critical time. Bayliss adds that a client-led approach to product development is also critical. “We don’t spend valuable in-house resources on building systems and capabilities that are mature and commoditised and can be provided by a third-party. We have invested consistently in algorithm development over many years because we believe it gives us a competitive edge. This has enabled us to respond well to an increasing focus on trading quality by institutional clients over the last 12 months,” he says.

For many sell-side firms, adapting to the new normal means more than a bit of belt-tightening. More frequently, brokers are re-examining whether traditional elements of the operational infrastructure and cost base are still justified. Is it really necessary, for example, to maintain an exchange membership if your business model is not based on having the fastest trading technology?

Brokers that are reviewing their business models are not only look at outsourcing but also at further operational collaboration in non-profitable areas, or where they don’t see an opportunity for a sustainable competitive advantage, as evidenced for example by the growing use of utilities to meet know-your-customer regulatory requirements, according to Scott Coey, head of broker-dealer services, EMEA at Pershing, a BNY Mellon company.

Coey asserts that outsourcing support is being considered by senior management at a wide range of banks and brokerages. “An increasing number of mid-tier sell-side firms are looking to outsource clearing and settlement through a model B arrangement which reduces their operational risk and capital requirements, while also giving them access to liquidity support,” he says. “Increasingly, buy-side firms see the use of a post-trade partner by a mid-tier broker as evidence of awareness of the changing regulatory and competitive landscape. We’ve accompanied some mid-tier brokers at pitch meetings and have seen that it gives the client an extra level of comfort.”

A new development is the amount of global firms that are seeking similar support. Under Basel III, individual business lines must stand on their own two feet. Those that cannot count on balance sheet support from the parent entity are looking elsewhere for capital support and liquidity relief as they adjust to new business realities. “There still is potential for unexpected consequences to arise from the upcoming regulatory and market structure changes such as MiFID II and T2S. For many brokers, the cautious but understandable response is to reduce their risk and cost without undertaking a major infrastructure change, and then take longer-term strategic decisions and environment once the environment becomes more certain,” says Coey.

As Poulter notes, positive trends in equity prices and even volumes do not necessarily add up to good news for those making a living from equity trading commissions. European stock values have continued to steadily tick up in recent years and trading volumes recovered in the first half of 2014, but recent research from Greenwich Associates claimed that the amount of commissions paid by institutional investors to brokers for European equity trading was 46% lower in 2014 than its peak in 2008.

For many, the biggest uncertainty is over the potential changes to how the buy-side will pay for broker services, in light of the Financial Conduct Authority’s recent probe. Poulter expects regulators to take a hard line, but believes change is inevitable, and that’s not necessarily bad news for smaller brokers.

“Even if execution commissions for research payments are still permitted by the regulator, there will be major changes in how the buy-side executes. Much less flow will go to the major investment banks and brokers as buy-side dealers have expertise and technology capabilities to be more independent in their pursuit of liquidity,” he says.

Fidessa’s Blackburn believes that closer monitoring of expenditure on the buy-side is inevitable, posing threats and opportunities to the sell-side. “Mutual funds’ average number of execution counterparties will diminish, meaning sell-side firms will need to demonstrate their value and expertise to meet increasingly sophisticated client demands,” he says.