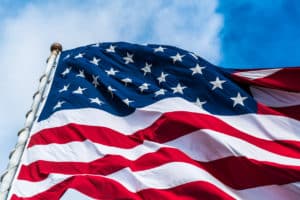 Market structure changes such as the move to sponsored clearing and interest in electronic trading could significantly shake up the way repo trading is conducted by both buy and sell-side firms, according to securities finance experts.

Recent rule changes in the US during the past two years have permitted additional sponsoring and sponsored client types, including prime brokers, non-US banks and money market funds, leading to a major rise in aggregate cleared repo and reverse repo volumes.

Since DTCC introduced its sponsored service in 2005, the amount of client cleared repo transactions has increased from $30 billion to $400 billion. Around half is attributed to money market funds, which have significantly increased their use of the service from $16 billion of repo transactions being cleared in 2017 to $202 billion as of September.

Membership of the sponsored repo programme has also picked up over the last couple of years, going from just State Street and BNY Mellon to now include JP Morgan, EDF & Man, Morgan Stanley and Mizuho, among others. The service now has 15 approved members in the pipeline waiting to go live.

“We now have a full picture of cash and collateral providers in the repo market,” said one repo clearing executive, speaking under Chatham House rules at the Finadium Rates and Repo conference in New York.

The service is looking to capture the interest of UCITS and sovereign wealth funds, as well as other institutional investors and corporates that are managing their cash in-house.

Its ability to provide an alternative and stable venue for repo was particularly evident in September this year in the US repo market, when a variety of factors temporarily slowed down banks’ cash spigots and drove overnight repo rates to as high as 10%. This led the New York Fed to inject large amounts of cash into banks through their overnight repo facilities, an event that had not been seen since the days following September 11, 2001.

According to panelists, the sponsored clearing service only saw volumes drop by 10% during the event, still relatively low given the amount of volatility that occurred.

“It gave the market an alternative channel to move cash. It did not necessarily contribute to stabilising the market, but it did add value,” said one global custodian panelist.

The move to clearing directly with DTCC is also paving the way for the electrification and automation of the repo market, which up until now, has been dominated by voice trading methods.

Regulations such as the Securities Finance Transactions Regulation (SFTR), which requires market participants to provide data on their repo and securities lending trades to national regulators, has sparked interest in electronic venues that automatically produce this data in near real-time.

“Transaction reporting is forcing large OMS’s to support electronic repo trading as once you electronify the workflow, reporting happens at the time of trade,” said one panelist from an electronic trading platform.

Another panelist explained that while most of the volumes has been in the dealer-to-dealer space, he expects this to grow next year in the dealer-to-client segment, and could even help boost the sponsored cleared service.