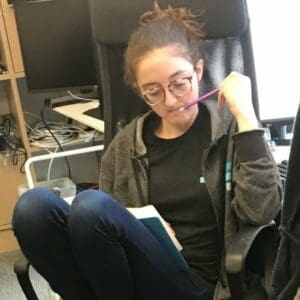 Sam Bankman-Fried (sometimes known as SBF), the erstwhile founder of collapsed crypto trading platform FTX, has been extradited to the US where he will face criminal charges. He is expected to appear in front of a New York judge today.

Caroline Ellison, the former CEO of Alameda Research, and Zixiao (Gary) Wang, the former CTO of FTX Trading, were yesterday also charged by the US Securities and Exchange Commission (SEC) for their roles in what the regulator calls “a multi-year scheme to defraud equity investors”.

In a separate criminal case, Ellison and Wang have pleaded guilty to fraud charges brought by the US Attorney’s Office, also announced on 21 December. In a video statement posted on Twitter, Manhattan US Attorney Damian Williams confirmed that the pair were cooperating with the government.

FTX saw a dramatic collapse in November after it emerged that the SEC was investigating its handling of client funds and crypto-lending practices. The regulator and the Department of Justice (DoJ) subsequently opened further investigations into alleged misconduct by the firm, and on 13 December Bankman-Fried was charged by the SEC for “orchestrating a scheme to defraud equity investors”.

Last week, the US attorney’s office charged Bankman-Fried with eight criminal counts including fraud, conspiracy to commit money laundering and conspiracy to defraud the US and violate campaign finance laws.

In his video statement last night, Williams confirmed that Bankman-Fried, who is based in the Bahamas, was now in FBI custody on a plane back to the US and would appear in court “as soon as possible”.

Williams warned Ellison/Wange charges were unlikely to be the last, in an affair he called “one of the biggest financial frauds in American history.” He also urged other FTX and Alameda employees to cooperate.

“If you participated in misconduct at either FTX or Alameda, now is the time to come forward. We are moving quickly, and our patience is not eternal.”

“If you participated in misconduct at either FTX or Alameda, now is the time to come forward. We are moving quickly, and our patience is not eternal.”

According to the SEC’s latest civil charges, announced yesterday, between 2019-22, Ellison (a former Jane Street trader and alleged ex-girlfriend of Bankman-Fried), furthered the scheme under the direction of Bankman-Fried by manipulating the price of FTT, an FTX-issued exchange crypto security token: purchasing large quantities on the open market to prop up its price. FTT served as collateral for undisclosed loans by FTX of its customers’ assets to Alameda, a crypto hedge fund owned by Wang and Bankman-Fried and run by Ellison.

The SEC alleges that, by manipulating the price of FTT, Bankman-Fried and Ellison caused the valuation of Alameda’s FTT holdings to be inflated, which in turn caused the value of collateral on Alameda’s balance sheet to be overstated, as well as misleading investors about FTX’s risk exposure.

The SEC also asserts that from at least May 2019 until November 2022, Bankman-Fried falsely promoted FTX as a safe crypto asset trading platform with sophisticated risk mitigation measures, as well as claiming that Alameda was just another customer with no special privileges: claims that assisted him in raising billions of dollars from investors, during which time he was in fact improperly diverting FTX assets to Alameda. “Ellison and Wang knew or should have known that such statements were false and misleading,” said the regulator.

The complaint claims that Ellison and Wang were active participants in the scheme to deceive FTX’s investors and engaged in conduct that was critical to its success. This includes the creation by Wang of FTX’s software code that allowed Alameda to divert FTX customer funds; while Ellison used misappropriated FTX customer funds for Alameda’s trading activity. “Even as it became clear that Alameda and FTX could not make customers whole, Bankman-Fried, with the knowledge of Ellison and Wang, directed hundreds of millions of dollars more in FTX customer funds to Alameda,” said the SEC.

Separately, the US Commodity Futures Trading Commission also yesterday charged Ellison and Wang with fraud, in an amendment of its 13 December complaint against Bankman-Fried over the loss of $8 billion in FTX customer deposits.

The CFTC claims that Wang created features in the code underlying the FTX trading platform that allowed Alameda to maintain an essentially unlimited line of credit on FTX. It also alleges that FTX executives including Wang created other exceptions to FTX’s standard processes that allowed Alameda to have an unfair advantage when transacting on the platform: including quicker execution times and an exemption from the platform’s distinctive auto-liquidation risk management process.

“These critical code features and structural exceptions allowed Alameda to secretly and recklessly siphon FTX customer assets from the FTX platform,” said the agency in a statement.

The FTX collapse is likely to catalyse stricter regulation of the crypto space, in tandem with an SEC crackdown on investor protection and transparency that has kickstarted the biggest overhaul of US equity market structure in years.

“Until crypto platforms comply with time-tested securities laws, risks to investors will persist. It remains a priority of the SEC to use all of our available tools to bring the industry into compliance,” said SEC chair Gary Gensler in a statement yesterday.