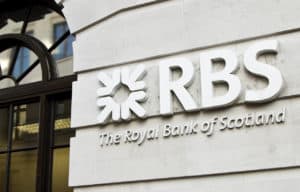 The chief executive and financial officers at NatWest Markets are set to depart the organisation in the first major leadership overhaul by recently-appointed CEO of Royal Bank of Scotland (RBS), Alison Rose.

Chris Marks and Richard Place, who have been CEO and CFO of NatWest Markets respectively since 2015, will step down from their positions next year, RBS confirmed in a statement.

NatWest Markets, the investment banking business of RBS, is now conducting a search both internally and externally to find permanent appointments for the roles, with Marks due to remain with the company until June 2020, and Place until March 2020, to help with the leadership transition.

“[Marks and Place] have set the foundations for the continuing transformation and simplification across NatWest Markets as RBS has been re-shaped to focus on serving its customers in the UK and Ireland, whilst also managing complex organisational changes around ring-fencing and Brexit,” Rose commented.

The leadership changes are among the first major changes implemented at NatWest Markets since Rose was appointed chief executive of RBS last month. She has been with the bank for 27 years in various roles, including as head of Europe, Middle East and Africa markets and international banking.

NatWest Markets suffered a difficult year according to its latest earnings report, with total income down a significant 74% from £419 million in the third quarter last year to £150 million in the same period this year. The organisation said the decline was due to “challenging market conditions, principally affecting rates income”.

“I am proud to have been a part of the journey to transform the bank and I’d like to thank the many talented people I’ve had the pleasure of working with. In the face of challenging operating conditions, we continued to provide market-leading products and services to our clients, whilst being relentless in improving efficiency,” Marks commented on his departure.