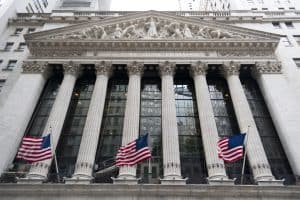 The New York Stock Exchange (NYSE) saw a volatile opening to the market on Tuesday as what appeared to be a floor–wide issue – with limit up/limit down (LULD) halts triggered in error – caused the opening auctions of an estimated 84 symbols to be cancelled.

The issue was first acknowledged by the NYSE (which is owned by ICE) at 10.21 ET, at which time the exchange confirmed that it was “investigating reported issues with the opening auction”.

By 10.57 ET the problem was acknowledged, with the exchange stating that: “In a subset of symbols, opening auctions did not occur” and that impacted member firms would be able to file for “Clearly Erroneous” or Rule 18 claims for any busted trades.

In a follow-up statement, the NYSE confirmed that a “system issue” meant that it did not conduct opening auctions in a subset of its listed securities, resulting in continuous trading from 9.30 ET without an opening auction print.

The halted trades, and those that were impacted by the price swings, were to be declared as either null and void or aberrant (depending on the time they took place) and eliminated from the calculation of the day’s price, with the consolidated tape adjusted accordingly after the close.

Although the issue was attributed by the exchange to a technical glitch, there was some discussion amongst market participants as to whether there could have been other factors at play, such as a program trade gone wrong. However, these rumours are unconfirmed; and the exchange has been unequivocal in its explanation.

“Such events are extremely rare, and we are thoroughly examining the day’s activity to assure the highest level of resilience in our systems,” said NYSE’s chief operating officer, Michael Blaugrund, in a statement.