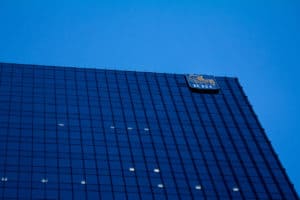 RBC Capital Markets has promoted one of its treasury and market services managing directors as its chief operating officer for Europe.

Ayesha Patel assumes the new role after nearly 12 years at the firm, originally joining in 2009 as a liquidity risk analyst.

She has since held several senior roles across her tenure in the treasury and markets services division, most recently serving as head of product and profitability for market services within investor and treasury services.

In her new role, Patel will be based in London, responsible for the design and implementation of regional strategies across Europe, including procedures and frameworks, the New Business Committee (NBC), governance, business continuity and operational risk.

This is the second senior appointment made by RBC in the last six months after adding Bianca Gould to its equities business as a managing director and co-head of electronic EU sales and trading, heading up the division alongside Chris Parker, who has been in the role since 2011.

The appointments come as RBC continues to expand its offering, partnering with State Street’s BestX to launch a transaction cost analysis (TCA) service for its investor and treasury services clients.

It also recently expanded its clearing and custody offering by winning a mandate with Cowen to take responsibility for a portion of its clients.