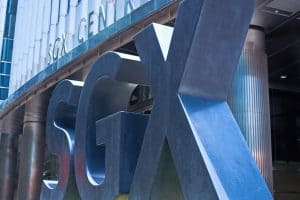 Singapore Exchange (SGX), Nasdaq and the Monetary Authority of Singapore (MAS) will collaborate with two other tech vendors to create a blockchain settlement system for cryptocurrencies.

The settlement system will work across different blockchain platforms, allowing financial institutions and corporate investors to carry out simultaneous exchange and final settlement of cryptocurrencies and tokenised securities assets.

Anquan and Deloitte have been selected as the technology partners to develop a report examining the potential of automating the delivery verses payment (DvP) settlement process for smart contracts. The report is expected to be released in November 2018.

“The initiative will deploy blockchain technology to efficiently link up funds transfers and securities transfer, eliminating both buyers’ and sellers’ risk in the DvP process,” said Tinku Gupta, head of technology at SGX.

MAS and SGX have been among the leaders in promoting the use of blockchain technology in financial markets.

These include a joint plan to develop a blockchain platform for fixed income trading and settlement, and just this year, SGX invested in Cobalt, which uses distributed ledger technology as a means to streamline post-trade settlement for FX markets.

The MAS has also led conversations to link Singapore with other countries to use blockchain and allow cross-border payments to settle directly using central bank accounts.

“Blockchain technology is radically transforming how financial transactions are performed today, and the ability to transact seamlessly across blockchains will open up a world of new business opportunities,” added MAS chief FinTech officer Sopnendu Mohanty.

“The involvement of three prominent technology partners highlights the commercial interest in making this a reality.”